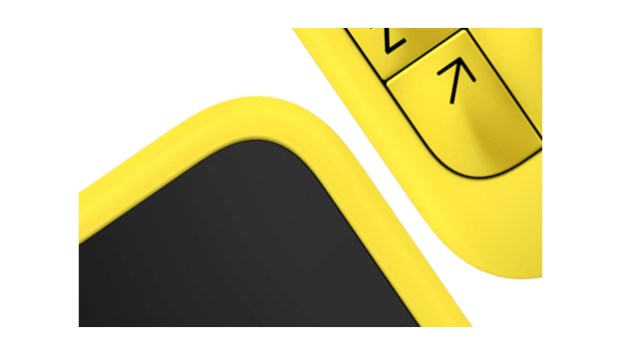 We’re all for companies keeping us in suspense when it comes to teasing new product releases, but perhaps Nokia has gone too far with its latest attempt to ratchet up the tension ahead of an announcement on Wednesday. Posting on its Nokia Conversations blog, the firm says it’ll be, “Announcing something new” at 7am GMT (eek) this Wedneday, but gives no other information whatsoever. It does state a Q&A session will follow the announcement, and that it’ll be held by Nokia’s Technology Marketing Director Neil Broadley and a “special guest.”

It’s lack of information doesn’t stop us though, as there are enough clues here for us to make an educated guess as to what Nokia has planned for us. The picture you see above accompanies the post, and gives us our first hint. It shows two corners of what we assume is a mobile phone, one with the edge of a screen, and the other with the edge of a keyboard. Both show a very bright yellow casing. We’d say all this means it’s not going to be for any Windows Phone hardware, but for Nokia’s mid-range Asha devices instead.

Moving on, Nokia’s Neil Broadley has long been involved with the Asha series, having most recently been on hand to reveal the Asha 205 last year, and the 301 at the end of February this year. In an interview with Nokia Conversations at the beginning of January, Broadley claimed to be an Asha devotee, and admitted to using an Asha 311 during his work day.

So, although the event probably won’t be for the various new Windows Phone handsets many of us are anxiously waiting for, we’re keen to see where Nokia is taking the Asha range next. The announcement may be linked to the rumored Asha 501, the design of which was leaked at the beginning of April, and showed a touchscreen phone with a yellow casing, very similar to the one posted by Nokia.

What makes the Asha 501 more interesting than usual is its possible, “baby Lumia Windows Phone” design, indicating Nokia wants to spread the bright colors, big fonts and friendly images common on its Lumia Windows Phones to its Asha brand. As for the spec, another leak speculated the phone would have a 1GHz processor, a 3.5-inch AMOLED screen, 3G connectivity and a 5 megapixel camera.

According to the official image, the touchscreen phone will probably be accompanied by a keyboard-equipped model too, although we’ve not seen any leaks concerning it yet. We’ll be bringing you all the news on Nokia’s new phones following the Wednesday, April 24, event.