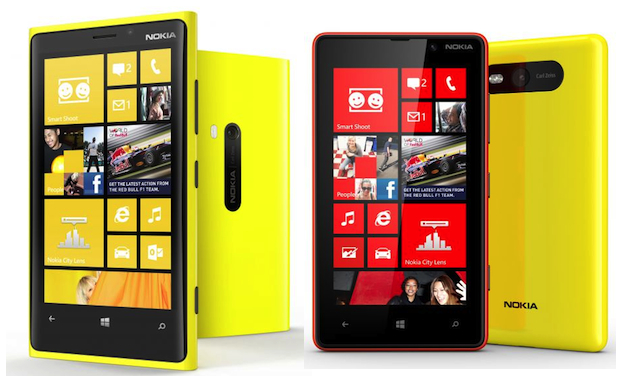 Apple isn’t the only one chatting about its financial performance for the final three months of 2012, as Nokia has also announced its official figures. No records have been broken, but the news is very positive for a company which has seen more than its fair share of negative numbers over the past year.

Over the same period, Nokia shifted 4.4 million Lumia smartphones, 9.3 million Asha phones – Nokia points out this figure is for the full touch handsets such as the Asha 311, 308 and 309 – plus 2.2 million Symbian phones too. Looking at the chart related to Nokia’s geographic sales performance, we can see North America has taken a big step forward over the third quarter of 2012, with sales increasing by 133-percent to 700,000 units. This time last year, Nokia sold 500,000 handsets in North America.

In Europe, 19.4 million phones were sent out the door, a 15-percent increase over the third quarter of 2012, but down 23-percent on last year. While these are good results, Nokia has suffered in China, where it’s down 21-percent over the previous quarter and a more worrying 69-percent down on this time in 2011. In a statement, Nokia indicates lower volumes of Symbian and basic feature phones were to blame.

A return to profit at the end of 2012 is good news for Nokia, and if it comes up with some exciting new products during MWC next month – a Windows RT tablet, or even new Windows Phone handsets perhaps – it could be on its way to an equally positive start to 2013.