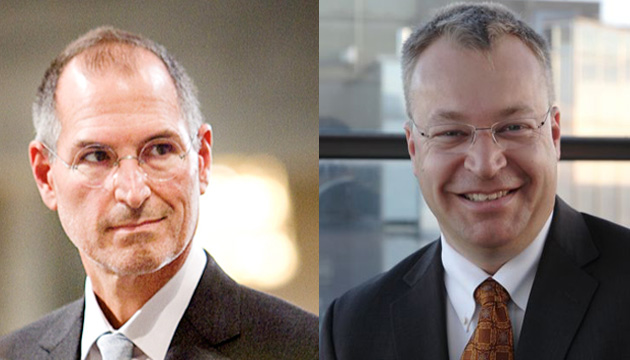 Nokia has crushed Apple‘s legal warriors in a patent dispute that has the iPhone maker coughing up a one-time settlement and ongoing licensing fees, announced Nokia in a press release today. The agreement between the two companies is the conclusion of a two-year standoff widely seen as the most significant patent battle in an industry rife with intellectual property disputes.

While the exact terms of the agreement are strictly confidential, Nokia says that the licensing agreement is “signed,” which “will result in settlement of all patent litigation between the companies, including the withdrawal by Nokia and Apple of their respective complaints to the US International Trade Commission,” the press release reads.

The fight between Finland-based Nokia and Cupertino, California-based Apple began in October 2009, when Nokia filed its first patent claim against Apple. The dispute included demands by Nokia that Apple pay royalties on all iPhone devices sold. Eventually, Nokia had a total of 46 patent claims against Apple. In turn, Apple filed its own patent infringement claims against Nokia.

“We are very pleased to have Apple join the growing number of Nokia licensees,” said Nokia President and CEO Stephen Elop in a prepared statement. “This settlement demonstrates Nokia’s industry leading patent portfolio and enables us to focus on further licensing opportunities in the mobile communications market.”

The settlement is big for two primary reasons: First, it shows that its possible to beat Apple at a game for which it is fiercely competitive. Second, the agreement proves the strength of Nokia’s patent portfolio.

Because of this, the company’s stock jumped 3 percent in the Helsinki, Finland stock market. And Nokia will be able to revise its second quarter 2011 outlook, which brings the company’s operating margin back up to break-even numbers.

Video-editing app LumaFusion to get a Galaxy Tab S8 launch
Best Prime Day Fitbit Deals: What to expect on October 11
Best Prime Day Apple Watch Deals: Sale starts October 11
Best Prime Day iPad Deals: What to expect on October 11
Best Apple Prime Day Deals: Predictions for the October sale
The OG App, an ad-free Instagram client, is no longer on the App Store
The best phones for 2022: Which smartphone should you buy?
Best period-tracking apps for Android and iOS
Best Apple deals and sales for October 2022
Best Buy is having a giant Samsung Galaxy Tab sale today
Sensor breakthrough brings us closer to blood glucose monitoring on wearables
Does the iPhone 14 have the Dynamic Island?
Best Samsung Galaxy Tab deals for October 2022