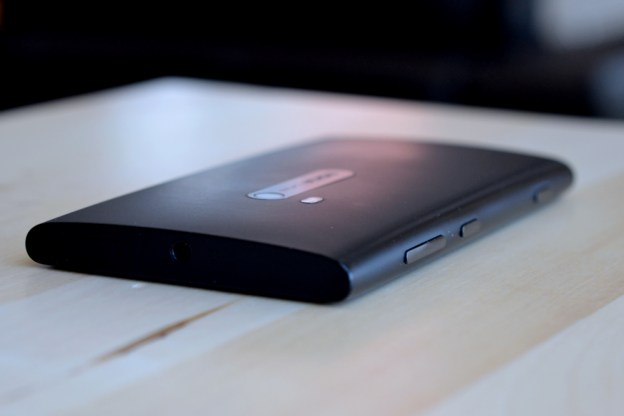 Verizon is reportedly about to bolster its range of Windows Phone 8 devices with another Nokia branded smartphone. According to the rumor, the phone will be a variation of the range-topping Lumia 920 and be called the Lumia 928, but rather than being a simple re-badged version, the Lumia 928 will have a few new features and sport an aluminum shell.

As you’ll probably already know, the Lumia 920 – along with many other Nokia Windows Phone – has a polycarbonate shell, so this would be a major departure for the company. It’s not entirely unexpected though, as previously leaked details on a future Nokia Windows Phone handset named the Catwalk, also suggested a switch to aluminum.

The Verge’s source on the matter says the phone will be 10.2mm thick – the 920 is 10.7mm thick at its widest point – and will retain the curved shape of the Lumia 920; plus thanks to the aluminum chassis, it’s going to be lighter too. If you’ve ever picked up a Lumia 920 this will be welcome news, as at 185 grams, it’s quite a beast.

Camera flash upgrade to include Xenon?

Moving on to the technical alterations, it’s possible the Lumia 928’s camera will be given a new flash unit, which will combine both LED and Xenon lights. The Lumia 920’s high power, short pulse dual LED flash is already a good one, boasting twice the brightness of previous Nokia flash units; but many camera phone fans were disappointed the Lumia 920 didn’t have a Xenon flash like the 808 PureView. The final addition to the Lumia 928’s spec sheet is said to be SVLTE, or simultaneous voice and LTE, an alternative to VoLTE (voice over LTE) both of which do essentially the same thing: Allowing both voice and data to be used at the same time.

Otherwise, the Lumia 928’s specification is expected to repeat that of the Lumia 920, which means a 4.5-inch display with a 1280 x 768 pixel resolution, a dual-core 1.5GHz Snapdragon processor, 1GB of RAM and presumably, 32GB of storage memory.

If the Lumia 928 is real, it’ll be the second Lumia phone to launch on the Verizon network after the Lumia 822, and it could do so in April. While a Lumia 920 variant sounds reasonable, the possibility of it having an aluminum body is less so, as such a major change would be better introduced across the range when its new hardware is announced later this year. As with all rumors, we’ll have to wait and see.

Video-editing app LumaFusion to get a Galaxy Tab S8 launch
This tiny sensor is about to change your phone camera forever
iPhone’s Crash Detection is still firing off false calls
Register your interest in the Samsung Galaxy S23 and save $100
The best protective iPhone cases in 2023: the 25 best ones
The best rugged smartphones for 2023
The best iPhone games in 2023: 31 games you need to play right now
This Apple leaker just revealed tons of changes for iOS 17 and iPhone 15
Beats Studio 3 headphones are $120 off today at Amazon
How to cheat in Words With Friends
Trading in your iPhone with Apple? You’ll get less than yesterday
The best QR code scanning apps for iPhone and Android in 2023
3 reasons you should buy the Google Pixel Watch today