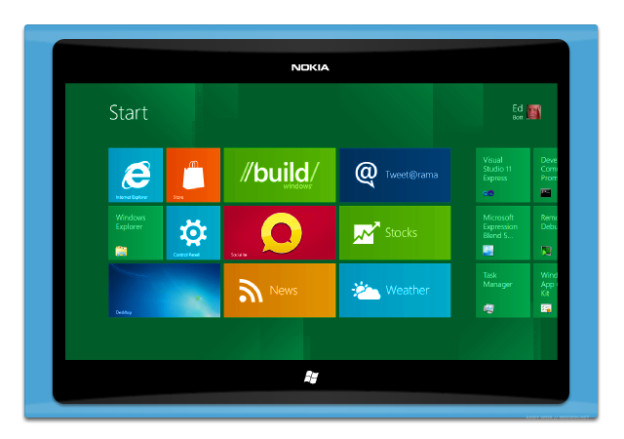 Anyone hoping Mobile World Congress will see the launch of a Nokia tablet running Microsoft’s Windows RT software may find themselves disappointed, as according to analysts at Strategy Analytics, Nokia won’t unveil such a device at the show.

The Lumia Windows RT tablet has been a long standing rumor, although it’s a product which has been put on hold once already. Way back in November 2011, the head of Nokia France said that a tablet with Windows 8 installed would be released in June 2012, a date which was shifted forward to October 2012 a few months later, shortly before Nokia’s VP of design said a third of his time was spent working on a tablet.

It seemed like the Nokia tablet was about to become reality, but then, silence, as Nokia World came and went in late September with no mention of such a device. Everything kicked off again in December 2012 though, when a rumor indicated Nokia had held off releasing the tablet while it waited for the market to be, “proven.” At the time, anonymous sources said an MWC release was on the cards.

Now, Strategy Analytics claims it has made, “extensive channel checks,” which show Nokia still isn’t ready to give the world a Lumia tablet, and will instead concentrate on smartphones at Mobile World Congress. If this is correct, it could mean Nokia’s existing concerns over the Windows RT market haven’t been satisfactorily resolved.

It’s not alone either, as earlier this week, Nvidia’s co-founder said Windows RT needed further investment if Microsoft wanted it to be a success, echoing similar comments made by a Samsung executive several weeks beforehand. Acer hasn’t been shy about calling Windows RT a failure either, and has refused to build any hardware supporting the OS due to questions regarding the press response to Microsoft’s Surface tablet, manufacturing, and pricing.

So if Nokia’s not bringing a tablet, what will the firm announce? Information received so far has concentrated on three devices, the Nokia Lumia 1000, the Lumia 720 and the Lumia 520. We’ve seen some specs for the Lumia 720 and Lumia 520, and while they look like solid performers, the Lumia 1000 could be a show stopper. Why? Because it could be the retail name for the Nokia EOS, which is believed to be the first Windows Phone to feature a PureView camera.

Nokia has scheduled a press conference for 9am on February 25, the first day of the trade show, at which time all will become clear.