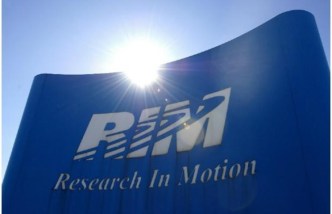 Research In Motion is gearing up for its life-saving BlackBerry 10 launch at the end of this month, with its chief marketing officer announcing the company’s intention to launch at least six handsets for the new platform before year-end.

Speaking to Fierce Wireless at this week’s CES, Frank Boulben said the phones will hit a range of price points, encompassing the high, middle and lower segments of the market.

First up will be a touchscreen device as well as one featuring a Qwerty keyboard. These two handsets will be unveiled at an event set to take place simultaneously in a number of countries around the world on January 30 and become available to consumers by the end of February.

Boulben confirmed that some 150 carriers around the world are currently testing BB10 devices. With a subscriber base of 79 million and lengthy experience in the mobile business, the CMO said carriers “very much believe” BB10 has the potential to become the third platform after iOS and Android, beating off competition from Windows Phone and others.

The new platform will launch with 70,000 apps, Fierce Wireless reported. This of course pales in comparison with the iOS and Android app stores, both of which are speeding towards the million mark, but if developer support for BB10 is as strong as Boulben claims it is, the virtual shelves of BlackBerry App World will fill up steadily over time.

The future of RIM rests on the success of BB10. Once the king of the smartphone market, the Ontario-based mobile company has fallen out of favor with consumers in recent years. Accused of resting on its laurels and failing to innovate, users have flocked to Apple’s iPhone and Android handsets instead, perceived by many to be more user-friendly, feature-rich devices – and, as already mentioned, supported by huge app stores.

However, while RIM has seen BlackBerry’s share of the smartphone market decline in North America and Europe, the devices are still popular among teens and also sell well in developing markets. RIM will be eager to exploit these areas with its new platform while attempting to win back many of those who have turned their back on the company in the last few years.