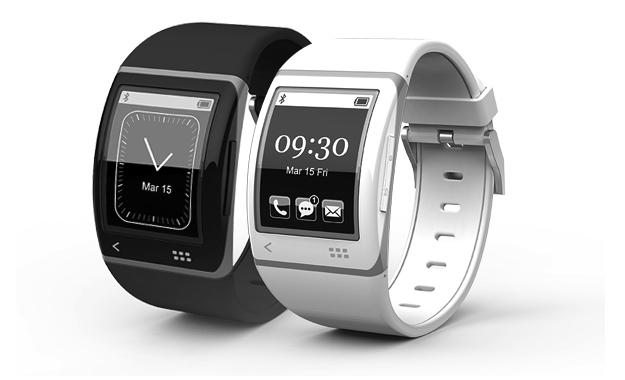 So far, most of the news coming out of the Computex 2013 trade show has been related to computers and processors, but wearable technology has been playing a significant part too. E Ink, the company which produces screens for e-readers such as the Amazon Kindle, has announced a small, 1.73-inch display, which will make its debut on a smartwatch at the end of this year. The watch, which was also revealed at the show, is the Sono Smart Watch produced by Sonostar.

E Ink’s 1.73-inch touchscreen display has a resolution of 320 x 240 pixels and can produce 16 levels of greyscale. Remember, this is E Ink, so there’s no full color option here. While this will be a drawback for some, the use of an E Ink screen does have several benefits, including low power consumption and improved legibility in sunlight. Also, as the screen is flexible, it means the watch face doesn’t have to be “flat,” and can curve to the shape of your wrist, making for a more attractive product.

The screen has been developed alongside Sonostar, and its watch is the first commercially available product to use it. As with most smartwatches, the Sono Smart Watch connects to either your iPhone or Android device using Bluetooth, and displays information on calls, messages, social networking updates, and emails. Music controls are also mentioned, but it’s not clear how this will work yet. Sonostar also talks about the watch’s ability to aid sportspeople, and it comes with a custom golf app called Golf Something, along with a running and cycling app called Strava.

The Sonostar Smart Watch is set to be released sometime after the summer, and has been priced at $180 for either a black or white model. It looks good too, at least in the renders, and not as chunky as the similarly equipped Pebble. As for E Ink’s screen, it’s a part of its recently introduced Mobius family, and the displays are more flexible, lighter and stronger than other models. E Ink has big plans to innovate beyond the e-reader market and hopes Mobius will help it do so, and if it can keep finding its way onto cool devices like the Sonostar smartwatch and the dual-screen Yotaphone, which we saw at Mobile World Congress earlier this year, it could well succeed.