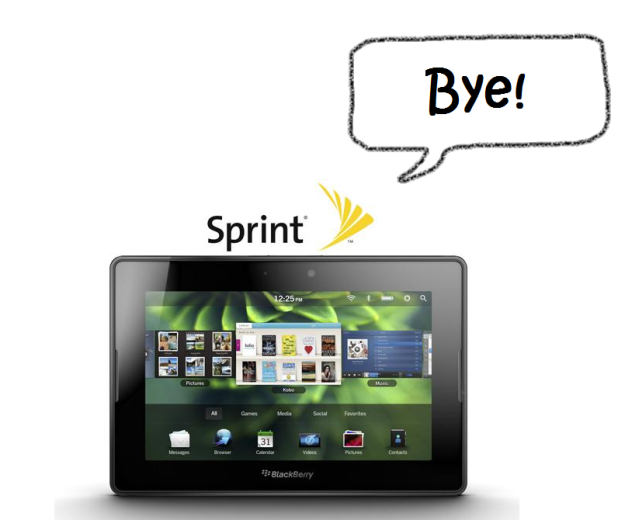 More bad news for the PlayBook: Shortly after announcing it would only be selling the Wi-Fi only version of the BlackBerry tablet until September (or when supply runs out), Sprint has also pulled plans to carry the 4G-capable device. “We apologize for any inconvenience but the BlackBerry 4G PlayBook tablet that was announced in January for summer availability will no longer be coming to the Sprint network,” the carrier says [via WSJ].

RIM has had a difficult time convincing networks to carry the struggling tablet, and the device has been admittedly disappointing for the company. Now that Sprint has abandoned the PlayBook, it will exist without any major US carriers. RIM must be holding out that AT&T or Verizon will be interested in picking up a 4G version, but given poor consumer reaction and the recalls the company has been forced to issue, the odds don’t seem likely. This could be hugely devastated to the PlayBook, since 3G and 4G versions were promised. Without carrier support, that’s an impossibility, and RIM can only market Wi-Fi versions (unless you have a BlackBerry smartphone, in which case you can access its 3G network via the PlayBook).

It’s just the latest chapter it was has been a poorly-executed product launch for RIM. The PlayBook initially drew a lot of interest, and it seemed like it had ample potential to compete with the iPad and Android products on the market. But by all accounts, it was like a half-finished product that RIM has been desperately trying to patch up while it sells… or doesn’t sell, in this case. Maybe there’s a comeback story in here somewhere, but we’re struggling to see a light at the end of this tunnel.