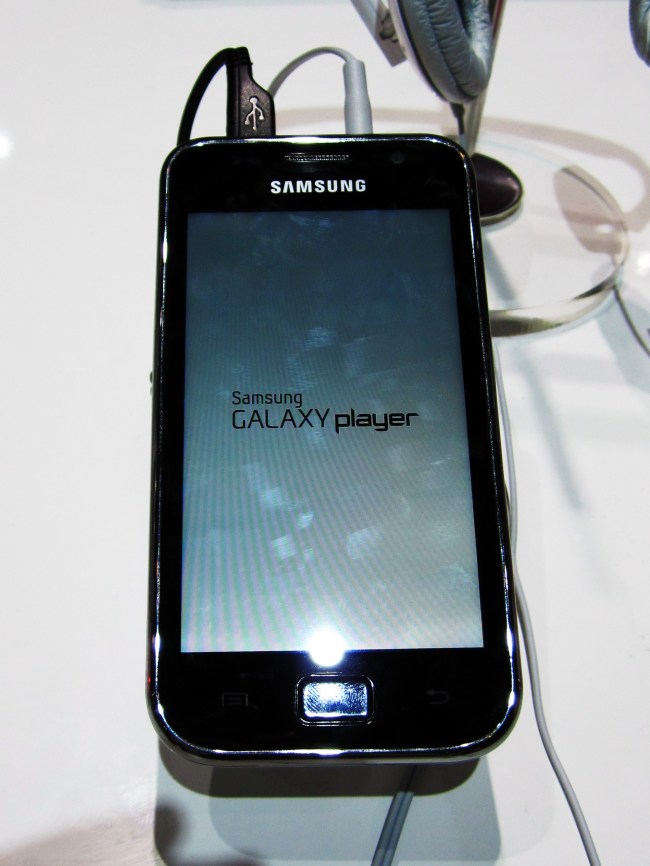 As we expected, Samsung showed off its Galaxy Player at CES. No surprises here: the media player is identical to the Galaxy S smartphone in every way, shape, and form save for cellular connection. It runs Android 2.2 Froyo and has the full set of expected features, including the app store. The SoundAlive technology offers remarkable audio quality, and as far as visuals go, users are of course privy to full support for Flash.

Just like we thought, the Galaxy Player is a great alternative PMP for consumers who shirk Apple products, and identifying it with the Galaxy S could automatically garner fans who like the branding, not to mention the compatibility.

Samsung also introduced its Galaxy Player 50, a white version of the device that runs Android 2.1. It’s a smaller model as well, which means it doesn’t include the micro SD and USB slots the Galaxy Player has; it only has one USB port in comparison. In general, it’s a downgraded PMP, but it’s still a competent music player with a responsive touchscreen, SoundAlive technology, Bluetooth 3.0 connectivity, apps, a camera, video playback functions, and most everything else the Galaxy Player has, just in a smaller and pared down package.

Now for the bad news: the devices are currently only available to Korean customers, and Samsung would not reveal a release date for US shelves.

How to breed villagers in Minecraft