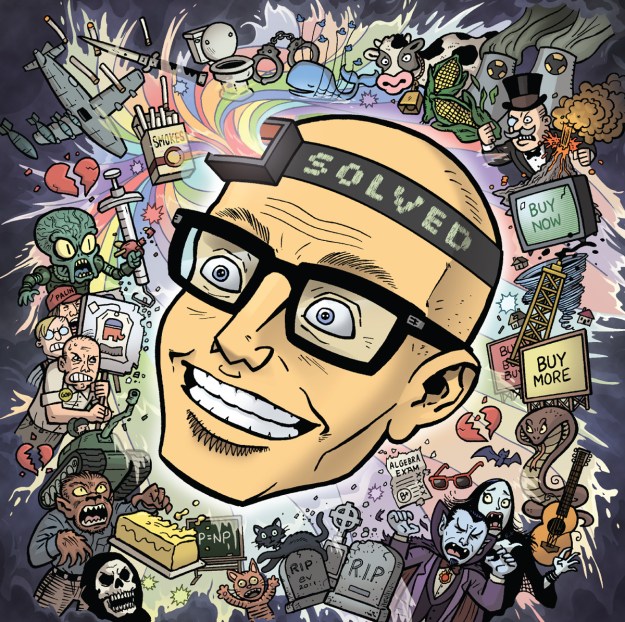 Everyone has their favorite code-jamming music, but when it comes to music by and for people who spend their days elbows-deep in script and keep a precision screwdriver kit with them at all times, nerdcore meistro MC Frontalot is in elite company.

Following up on last year’s well-received “Zero Day” (featuring a title track about a post-apocalyptic future that results from the ultimate zero-day attack), the Brooklyn-based nerdcore rapper has released his new album, “Solved.” Calling it a “concept record about how all solutions are hacks,” Frontalot made the album available this week on his website along with short teasers for 14 of the 15 tracks, and one track, “Critical Hit,” available in full.

Among the new songs on the album are tracks like “Nerd Versus Jock,” which was originally created for John Hodgman’s HBO pilot Good Evening, My Name Is John Hodgman. The track is described as, “A short summary of our struggle so far, and its current status.”

As for the song titled “Power User,” the synopsis goes as follows: “Front seems to be having an SM relationship with his desktop tower. Could anything be sexier? Yes. You can think of several sexier things just off the top of your head.”

Among other exceptionally nerdy tracks, the album also features a song from the perspective of an “autonomous military control program at the moment that it declares independence from the human command structure” and a track about mech pilots arguing about who gets to take top position when they unite to form a giant robot.

You can head over to MC Frontalot’s website to find out more about “Solved,” his current tour supporting the album, and all sorts of other fun information about the self-proclaimed “world’s 579th greatest rapper.”

And just in case you’re not familiar with his music, here’s the video for “Zero Day,” the title track from his previous album (featuring fellow rappers int80 of Dual Core and ytcracker):