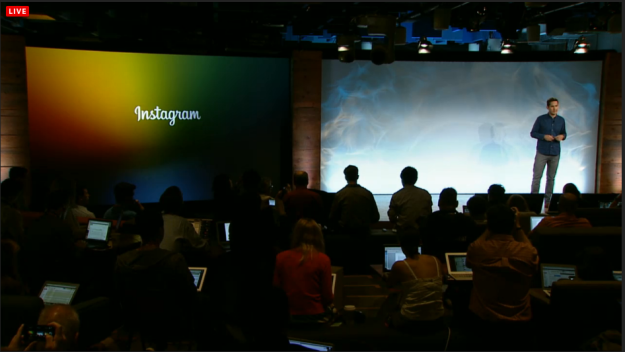 According to Instagram reps, the first day was a success: CNET says that app is claiming 5 million videos have been uploaded within the first 24 hours.

Vine teased new features fewer than 24 hours before Instagram video’s launch, but even Vine’s hype did little to stop users from getting business with video for Instagram. During the peak time of new videos uploaded by users after the announcement, up to 40 hours of video were uploaded per minute. Some of its success has to do with Instagram’s well-chosen timing for its announcement: The same day, the Miami Heat took on the San Antonio Spurs for the NBA Championship title, which apparently fueled the flurry of new videos shared within the 24 hours, says the Instagram rep.

If you’re still not familiar with the platform, the one major difference between Vine and Instagram is the ability to add 13 different video filters using the latter. Vine is filter-less and probably will stay that way. Instagram does also include a brand new technology called “Cinema,” which offers image stabilization for those of us with shaky hands. Users can delete individual clips in a video, granted the clip wasn’t shot in one take. Other than those two distinguishing features, the last major difference is the recording time – 15 seconds on Instagram and just 6 seconds on Vine.

While video for Instagram may be reacting to what Vine started with bite-sized, clip-friendly videos, it’s obvious that the established community Instagram has is aiding the launch of the new service. Motivations be damned, the photo-sharing app could have a winner on its hands. Of course, we’ve yet to see the teased features Vine started yesterday off with, so perhaps the Twitter-owned platform has something up its sleeve that could heighten the competition.