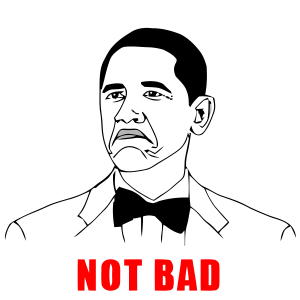 If you weren’t already following President Barack Obama’s 2012 re-election campaign on Facebook or Twitter, you can now get more updates on the president’s newly-launched Tumblr blog, barackobama.tumblr.com.

Launched today, the blog started with a letter to fellow Tumblr bloggers, which reads:

It’s nice to meet you.

There are lots of reasons we’re excited to be launching the Obama 2012 campaign’s new Tumblr today. But mostly it’s because we’re looking at this as an opportunity to create something that’s not just ours, but yours, too.

We’d like this Tumblr to be a huge collaborative storytelling effort—a place for people across the country to share what’s going on in our respective corners of it and how we’re getting involved in this campaign to keep making it better.

You can send us a few paragraphs about how your latest phonebanking gig went or why you’re in for 2012. Share the latest chart you saw that made you go “woah.” Ask a question. Upload a photo of 2012 t-shirts or signs you see out in the wild. Pass along jokes, particularly if they’re funny. And if you’re among the Tumbl-inclined, send us posts you’ve published on your own Tumblr that we should look at re-blogging.

There will be trolls among you: this we know. We ask only that you remember that we’re people—fairly nice ones—and that your mother would want you to be polite.

Thanks, Tumblr. We’re looking forward to getting to know you.

Two things we’d like to point out here. First, this is a pretty good way to lather up the Tumblr crowd: address them directly, and don’t sound like a total tool. Second, it’s nice to see that the Obama campaign is now officially using the word “trolls.” There’s definitely some political ads that could make use of the campaign’s new-found Internet lexicon. Get ready, Romney! (Or Cain, or whoever.)

The real news here isn’t Obama, however, it’s Tumblr. The blogging platform has had a stellar year. Just last month, Tumblr secured $85 million in new funding after seeing its yearly pageview count jump from 2 billion to 13 billion; and mobile pageviews have increased 17-fold year-on-year. Right now 30 million blogs are registered, where users crank out more than 40 million posts per day.

Tumblr seems like a particularly well-suited space for the Obama campaign, with many of its users leaning further left than other social networks, as well as being more engaged in the political process and news in general.

Whether or not any of the social network courting by the Obama campaign can translate into votes remains to be seen, of course. Our hope is just that they don’t post too many obnoxious GIFs.

Twitter bans, then unbans account tracking Elon Musk’s jet
Instagram’s new Notes feature rolls out with several others
How to block people on Snapchat
How to post a Short on YouTube
What is Mastodon? Here’s why everyone’s talking about this Twitter alternative
Elon Musk reveals date for Twitter Blue relaunch
What is Twitter Blue and is it worth it?
Twitter closes offices as ‘work pledge’ deadline passes
What is Ambient Mode on YouTube?
What is BeReal?
How to delete a BeReal post
How to use TikTok’s voice changer
Twitter attempts to sort out verification system with new badges