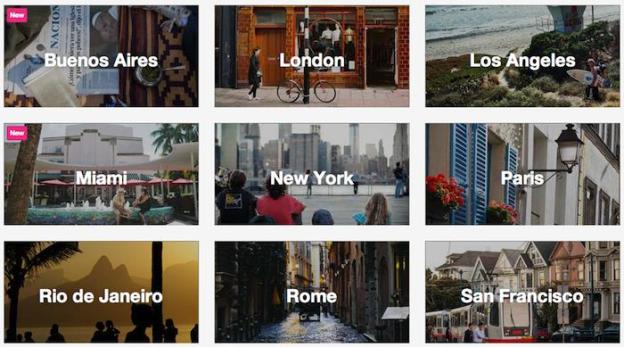 When Hurricane Sandy hit the East Coast of the US last October, Airbnb and its community of hosts acted fast to help out many distraught victims caught up in the disaster.

Responding to its members’ generosity, the folks behind the apartment rental service tweaked its website to make it easier for thousands of New York-based hosts to open their spaces for free to people desperately in need of a place to stay during the crisis (see the video below).

Inspired by the positive response to its emergency housing initiative, web-based Airbnb decided to spend time working on implementing a more effective solution for such occasions, the result of which was announced Tuesday.

According to Airbnb co-founder Nathan Blecharczyk, the company’s new Disaster Response tool will:

– allow local residents with extra space to host those in need.

– allow existing hosts to donate their rooms for free to those in need.

– make all Airbnb bookings in areas affected by a natural disaster fee-free.

– email hosts in the affected area, asking them if they are able to help.

– connect guests to hosts that have space to offer in the affected area via a dynamic landing page.

Blecharczyk said in a blog post unveiling the new tool that Airbnb had worked with a range of experts in the course of its creation, including San Francisco’s Department of Emergency Management, and design and innovation firm IDEO.

The Airbnb co-founder added that in order to maximize its effectiveness, the Disaster Response tool has been designed in such a way that it can be activated anywhere in the world in 30 minutes or less.

It’s a great move by Airbnb, who following Hurricane Sandy realized – thanks to the thoughtfulness of its users – that its site could be so much more than just a straightforward web-based apartment rental service.

“We have been amazed by the kindness and generosity of the people who are a part of our community,” Blecharczyk wrote. “We hope this new tool will make it easier for all of us to help our neighbors in times of need.”

What is Facebook doing about fake news? Glimpse inside to find out
Facebook applies new authenticity tools, exposes Russian-controlled pages
Business travelers, Airbnb is about to make it easier to find a workspace
Want to sue Equifax over the hack? Chatbot can help you do so for up to $25,000
How to record your computer screen
How to save a webpage as a PDF
How to download music from YouTube
How to find archived emails in Gmail and return them to your inbox
How to sync your Outlook Calendar with your Google Calendar
How to block an email address in Gmail
How to easily log in to multiple Gmail accounts at once
How to change your Yahoo password
How to download Vimeo videos to your PC and phone