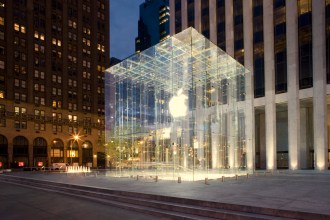 A number of new Apple stores are set to open this weekend – real ones, that is – as the Cupertino-based company pushes ahead with plans to expand its retail empire. The computer giant is intending to open 30 new retail stores by the end of September.

As highlighted by a MacRumors report, the opening of the five new stores on Saturday marks the biggest batch of openings in almost a year, when seven stores came into being on September 25.

The new stores coming this weekend include the company’s first ever in Alaska (Anchorage). The other US opening is in Murray, Utah.

International openings include one in Canada (Waterloo, Ontario). Italy will be getting its sixth Apple store, with this latest one opening for business in Florence, the first in that area.

Australia’s twelfth Apple store, and the third in Melbourne, will be opening in the Cheltenham area of the city.

Apple has more than 300 retail stores worldwide, with the first opening ten years ago. To the surprise of some, they have proved to be a big moneymaker for the company.

Last month it was reported that the stores had generated $3.5 billion in revenue and an impressive $828 million in profit during the second calendar quarter, with more than 70 million people coming through their doors.

Indeed, the stores are so popular that some rogue retailers thought it might be worth trying to imitate them. Their days, however, may be numbered.

Install these Chrome extensions on your relative’s new laptop