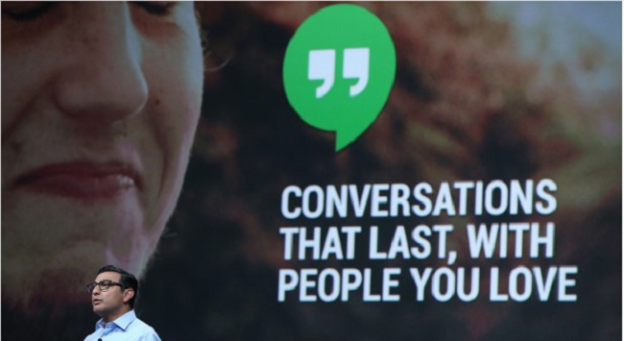 Google has big plans for its (and our) future, and new, recently announced features continue to roll in . The most significant one as of late is the transition of Gmail’s chat application from Talk to Hangouts, pegged as the company’s new and universal platform for all-around online communication. Although there are great things to come for this new update, the new Hangouts format seems to disregard a few security and privacy concerns, some of which were outlined by digital rights organization Electronic Frontier Foundation (EFF) in a recent blog post.

Google drops server-to-server federation … what does that mean?

Google’s director of real-time communications Nikhyl Singhal told The Verge that for Hangouts, they had to make the difficult decision to drop the XMPP standard that it helped pioneer. In case you didn’t know, XMPP – more popularly known as Jabber – is a messaging protocol that openly supports users across various servers and platforms.

EFF’s report contains a reference to an earlier post on Google Developers discussing the significance of maintaining open communications, which directly contradicts Google’s move to scrap the use of the XMPP protocol. According to EFF, Google only got rid of an XMPP subset called server-to-server (S2S) federation.

Allow me to make an analogy to better explain this change’s ramifications. Suppose I like using a chat client like Adium or Pidgin because it allows me to sign into multiple platforms and simultaneously talk to all my friends on different chat lists. Before the change, along with being able to chat with fellow client users, I could chat with someone who was solely online on Gmail chat. Back when Google fully supported XMPP, I had the ability to chat with someone using a non-Google XMPP account (like Jabber.org). This situation, according to EFF, is optimal because users are not locked into a single platform and are able to compare various services in terms of quality, up-time, or adherence to user privacy.

Now that Google dropped S2S, I can only chat with client users as long as they have their Google accounts added to it. If someone using a non-Google XMPP account messages me, I will not receive it and they will not appear online on my chat list (he will need to get a separate Google account, or I will need to switch to a provider that supports S2S).

It probably doesn’t affect Google users that exclusively chat within Gmail as much, or users who log into Google via a chat client like Adium or Pidgin. It does, however, affect those who want to keep certain information from Google and choose to use a different service to ensure the separation. The new Hangouts function coerces the latter to either employ Google’s chat servers or be cut off from their friends on Google. In the blog post, EFF brings light to the fact that Google users are not explicitly notified about this change – they will just have to realize on their own that their friends who use XMPP services no longer appear available for chat.

Google also took away the disable chat archiving function, an option that allowed users to choose which messages were saved onto their Gmail account and which weren’t. According to EFF, on the new system, users will have to individually click the “Hangout History” button on every conversation they have if they have no interest in storing it on their account, and they will only be able to do that using an official Google Hangouts client. This affects those who use other clients specifically for off-the-record encryption to keep their conversations out of their Gmail accounts. In other words, any message you send to and from a Google account will always be recorded by default.

If you take a look at your Chats archive within Gmail, you will notice the disappearance of the forward and reply functions, making it harder for people to tell other people about a specific conversation they had with someone else – in order to let your mom know about a recent chat spat with your best friend, you will need to manually copy and paste the conversation into an email.

Another gem that’s been taken away from the new Hangouts is the Invisible mode. If you regularly go incognito on Gmail chat to avoid your annoying relatives who incessantly talk to you whenever you are online, you’re out of luck. According to Parker Higgins, activist from EFF, many of Hangouts’ changes violate the cardinal rule of interface design: Don’t surprise your users. Although there may be a conceptual reason why the Invisible option is no longer available, it resembles the way most social network updates are often sprung on their users without warning, much to their chagrin.

How will this change affect the bigger picture of the world and open communication, a mission that Google seems to be veering away from after championing it for so long? “It really is sad news for the future of open communication,” Higgins told Digital Trends. “The power and strength of email comes from its versatility, and that comes from its openness. Most obviously, moving away from federated XMPP to siloed services raises the cost for users of switching services, which takes away incentives for those services to compete on features.” In short, we end up with a mediocre selection of services, none of them enabling us users to talk with all of our friends. “[We’ve got] an even weaker field in the future, because existing services can rely on network effects to keep users captive,” Higgins added.

Right now, switching to Hangouts inside Gmail and replacing the Android Talk app with Hangouts is optional.