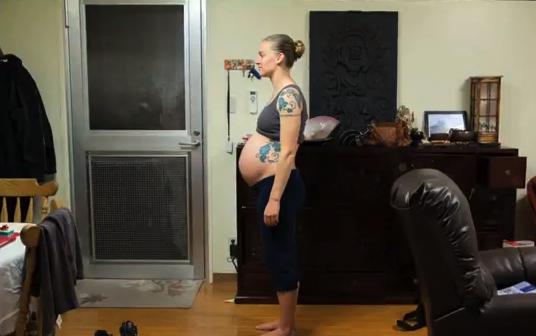 A 90-second time-lapse video of a woman’s pregnancy has gone viral after being posted on YouTube.

Nine months in the making (obviously), the charming video has already received almost two million views since it first appeared on the video-sharing site last week.

Described as “our little nine month project”, the time-lapse creation begins by showing the woman getting pregnant — through a kiss from her partner on her flat belly, apparently.

She’s then shown side-on as her belly begins to gradually bulge.

Throughout the video, which is accompanied by a whimsical soundtrack, guest appearances are made by a number of pets, while one short sequence shows the guy carrying the woman to a new location as they appear to move house.

Of course, for the baby to be delivered, her partner must once again kiss her large baby-filled tummy, which he duly does.

And, miraculously, out pops Amelie!

Enjoy the time-lapse video below.