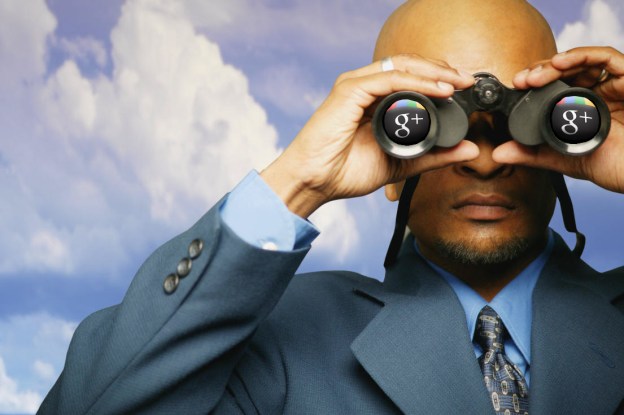 Google+ temporarily gave William Shatner the boot from the site, which can likely be attributed to the site’s extreme policing. Shatner’s account is thought to have been suspended because Google+ has a zero tolerance policy when it comes to fake accounts, and his was assumed to be so. It has since been verified and restored, but it is yet another sign that Google is incredibly intent on keeping the site free of hassles that commonly stalk social networks.

Facebook has a similar policy: “Facebook users need to give their real name and information, and we request you help us keep it this way.” Of course, as can be evidenced by a slew of user names out there, this isn’t very heavily patrolled. But Google is taking things more seriously in an attempt to keep things professional and generally P.C.

Now, Google+ is taking a page out of Facebook’s…book. Just as Facebook learned from MySpace’s mistakes, the startup site is trying to rise above the noise of its rival, simplifying social networking and pulling out all the stops to keep out what have become some common pitfalls: Questionable identities, business pages (a boon for business owners, occasionally irritating for users – although they’re heading to the site), and controversial groups.

So why real names and no fake accounts? It’s not like these have necessarily damaged Twitter or Facebook – but it has made them slightly less credible (despite verified accounts). Getting information from a social networking site is obviously anything but best practice, but Google has earned a reputation as a generally well-regarded source for information. Apparently, this should apply to Google+ as well. “Google Profiles is a product that works best in the identified state. This way you can be certain you’re connected with the right person, and others will have confidence knowing that there is someone real behind the profile they’re checking out. For this reason, Google Profiles requires you to use the name that you commonly go by in daily life.”

Those wanting to create pun-filled usernames and celebrities wanting a profile aren’t the only ones facing challenges. Second Life avatars are forbidden, and hactivist group Anonymous’ Google+ profile was shut down, as were several of its members’. Anonymous is creating its own social networking site in response.

Google’s even mandating that profiles all be public by the end of the month: Holding a Google+ account in your real name but using it for browsing only and not allowing anyone to view your account will not be a possibility.

There are few things we take from this. One, it gives credence to the idea that social networking is generational, and that instead of one site having complete control, users will graduate. Seeing as social networking is such a new platform and that so many of those using it now were part of its origins, this is difficult to confirm or deny and only time will tell if people begin their online social lives using a certain site’s format and growing up and on to others.

Secondly, it means Google+ could very well become some sort of LinkedIn, Facebook hybrid. With the way Circles are set up and the influx of industry professionals who have taken to the site, Google+’s Stream looks nothing like Facebook’s News Feed: Sure, things are being posted and shared, but the content is much different. There are fewer drunken bar photos and more news-centric insights. How that plays out once Google launches the official version and opens up registration (not to mention when some of the applications we’ve heard are in the works are introduced) remains to be seen.

Google+ also seems to be stricter when it comes to policing content, not just users. Untoward remarks are less acceptable, and some of the behavior typical of Facebook is frowned upon–it sort of seems like Google+ users are being held to a higher standard. Moreover, it seems like Google+ is trying to avoid the cyberbullying scare Facebook and other sites have been subject to. Googler and G+ user Frances Haugen recently posted about an inappropriate comment someone had made on her post, and explained that other Google+ users had rushed to her defense. “Would this have happened in a place that didn’t try to encourage people to interact like they would if they were talking face to face? In place that didn’t associate people’s names with what they said? Who knows,” she asked.

Some have said that what Google+ really needs to take the social networking title is college kids–and the way the site is shaping up right now doesn’t convince us this will happen. At the same time, we’re not so sure a Google+ success story needs to be based on Facebook’s – or that the two can’t simultaneously exist.