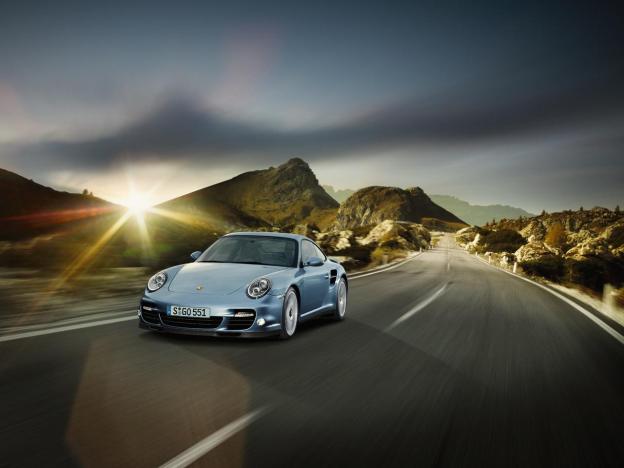 The next Porsche 911 Turbo may not have a clutch pedal. This decision will surely outrage purists and delight the legions of accountants who buy 911 Turbos, but it shouldn’t surprise anyone.

Road & Track reports that the 911 Turbo will follow the 911 GT3’s lead by ditching the manual transmission option. That means Porsche’s PDK dual-clutched automated transmission will be the only option.

Those expecting to see the seven-speed manual Porsche debuted on lesser versions of the current 991 911 might feel blindsided, but going PDK-only does make sense.

The brutal truth is that the PDK is a better transmission. Its shifts are literally faster than human reflexes, contributing to better acceleration figures and lower lap times on the track. It’s also one of the only clutch-less transmissions to win over car magazine test drivers.

The only thing the manual has going for it is the romance and fun of driver involvement, but subjective qualities like those rarely survive the onslaught of sales and performance data carmakers use to decide what they are going to build.

The 911 is a sports car, but if Porsche was really only selling them to people who appreciate driving for its own sake, it would be in the same position as Lotus.

The people who garage their 911s with Panameras and Cayennes are probably happy to be saved from the indignity of stalling at a red light.

Also, the GT3 has always been the ultimate driver’s 911. It’s naturally-aspirated engine, rear-wheel drive chassis, and lack of superfluous luxuries make the GT3 more elemental than the numbers-oriented Turbo. So if the GT3 has gone PDK-only, why bother saving the Turbo’s manual?

Transmission travesties aside, the new 911 Turbo should be quite a machine. It’s flat-six will produce 520 horsepower and 479 pound-feet of torque. A Turbo S model will increase the lunacy with 560 hp and 516 lb-ft. and a 196 mph top speed.

The 911 Turbo will also have active aerodynamic features. A rubber inner tube running along the inside of the front spoiler will inflate when Sport Plus mode is engaged, increasing downforce.

Do you think Porsche is making the right decision? Tell us in the comments.

2022 Toyota GR 86 first drive: Old-school thrills meet modern tech
Lamborghini brings back a legendary supercar as an 803-hp hybrid
Mercedes-AMG shifting gears with a variety of hybrids and EVs on their way
The best cars for teens
Jeep is launching its first two electric SUVs in the U.S. in 2024
2024 Chevrolet Equinox EV aims for affordability with $30,000 base price
Cruise’s robot taxis head to Arizona and Texas
Uber says it’s investigating ‘cybersecurity incident’
Nvidia’s Drive Concierge will fill your car with screens
The Uber hack is an outrageous tale of a teen hacking for fun
Tesla to fix window software on 1M of its U.S. cars
Lux and refreshingly livable, Mercedes’ EQE moves EVs mainstream
How to watch Tesla’s AI Day tonight and what to expect