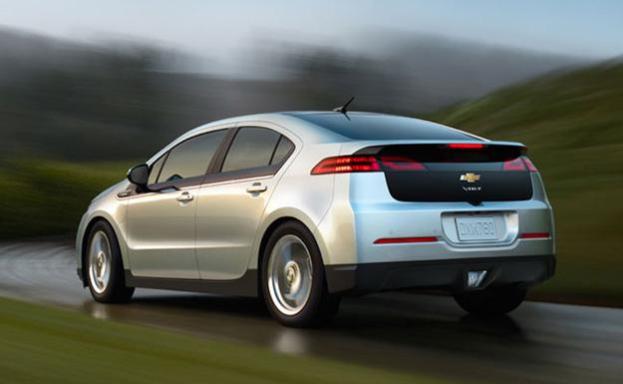 The Chevrolet Volt’s plug-in hybrid powertrain earned it the nickname “General Motors’ Moon Shot” but, as Chevy dealers are finding, it also makes the hatchback expensive to maintain. Some dealers are discontinuing Volt sales because of the cost of specialized tools needed to maintain the cars.

Last month, GM told dealers they would have to spend $5,100 on tools to keep servicing Volts, Automotive News (subscription required) reports. That’s on top of the thousands of dollars dealers spent just two years ago, when the Volt was launched, for tools, training, and charging stations.

GM recently decided that dealers should remove and strip sections of the Volt’s battery pack, then ship the sections back to GM for repair, rather than sending the entire battery pack as one unit. To do this, service technicians will need a $4,735 battery de-powering tool, which drains the battery before it is disassembled. That tool accounts for the majority of the $5,100 investment GM is asking its dealers to make.

However, since the Volt is a low-volume product, the numbers just don’t add up for certain dealers. Automotive News talked to Allyn Barnard, owner of Jim Barnard Chevrolet in Churchville, New York. Barnard has sold five Volts in the past two years, and he says that allowed him to break even on the nearly $5,000 he spent when the car was launched.

Some dealers believe GM is trying to eliminate small-volume Volt dealers, so it can create a smaller dealer network centered on urban areas where plug-in hybrids are more popular.

The General says that is not the case. GM spokeswoman Michelle Malcho told Automotive News that requiring dealers to buy specialized tools is standard procedure, and that dealers also spent between $1,800 and $2,800 on tools for the Volt last year.

Malcho said dealers who have opted out of selling the Volt due to the cost of tools account for less than one percent of the car’s sales.

GM dealers will soon have a second car to work on with their new tools. The Cadillac ELR, due out later this year, is based on the Volt and will have a similar plug-in hybrid powertrain.