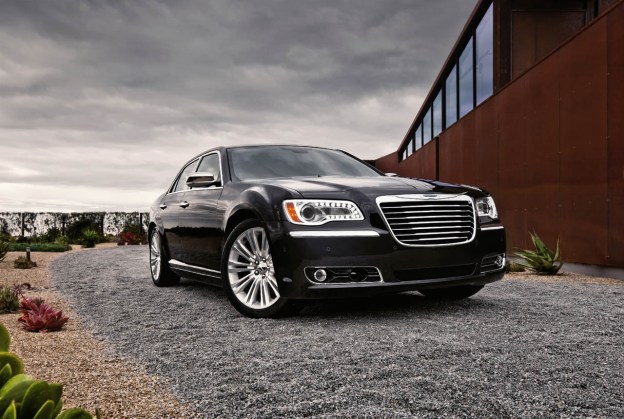 The Chrysler 300 is one of the most intimidating sedans around, but the rumble of its petrol engine could soon be replaced with the whoosh of a turbodiesel.

Chrysler already sells the 300 in Europe (as the Lancia Thema) with a diesel engine built by VM Motori, the company that designed the 3.0-liter EcoDiesel V6 used in the Jeep Grand Cherokee.

The EcoDiesel, which produces 240 horsepower and 420 pound-feet of torque, but could fit in the 300’s engine bay. The diesel Jeep even uses the same eight-speed automatic transmission Chrysler offers in the 300.

However, Chrysler feels it will have to trim the $7,500 premium the EcoDiesel adds to the Grand Cherokee’s price tag to make a 300 diesel viable.

If things go well, Chrysler could even put a diesel in the 200 when that car goes through a redesign next year.

Compression ignition seems to be Chrysler’s green technology of choice. Like most of its competitors, the Pentastar has dramatically increased the fuel efficiency of its gasoline engines over the past few years, but it hasn’t developed anything beyond that.

Chrysler doesn’t sell any hybrids, and research on extended-range plug-ins was halted last September when some test battery packs overheated. The only electric car in the company’s portfolio is the lowly Fiat 500e.

So while Ford and General Motors chase kilowatts, Chrysler could distinguish itself by becoming a diesel specialist. It would be nice to have an alternative to Volkswagen’s ubiquitous TDI models.

Of course, even VW is looking at hybrids now, so it’s unclear how long Chrysler could go without adding one to its lineup. For now, though, a 300 diesel would give Chrysler a fuel-efficient model. Even a diesel’s sound is more intimidating than the silence of an electric motor.

The 300 Diesel, imported from Detroit. Would you buy one if it got big mileage numbers? Comment below.