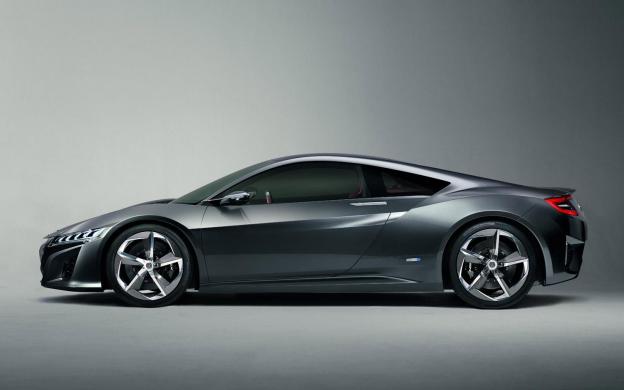 It seems that the highly-anticipated new Acura NSX will feature a lot more technology features than most are expecting when it hits the road in 2015.

Even though Honda is being pretty tight-lipped on details about the car, Automotive News reports that in addition to boosting acceleration, the NSX’s two front-mounted electric motors will help improve the car’s handling by managing torque and weight shifts in turns.

According to the industry news source, Acura NSX large-project leader Ted Klaus says all three of the NSX’s electric motors could also be programmed to enable the car to drive without the gasoline engine. Recent supercar announcements include news that Porsche’s 880+hp 918 super-hybrid will run on electrons alone for a fair distance, and at a top e-speed of 93mph at that.

But Klaus didn’t appear to say whether or not Honda actually plans to program the car to be able to drive in electric mode. He did, however, offer some insight on how the electric motors will help improve the NSX’s handling.

The NSX’s core powertrain will reportedly feature a direct-injected V-6 engine and a dual-clutch transmission.

Actually, I think programming the sports car to be able to drive in electric mode would be a smart move to distinguish from some of the other sports car on the market – what about you?