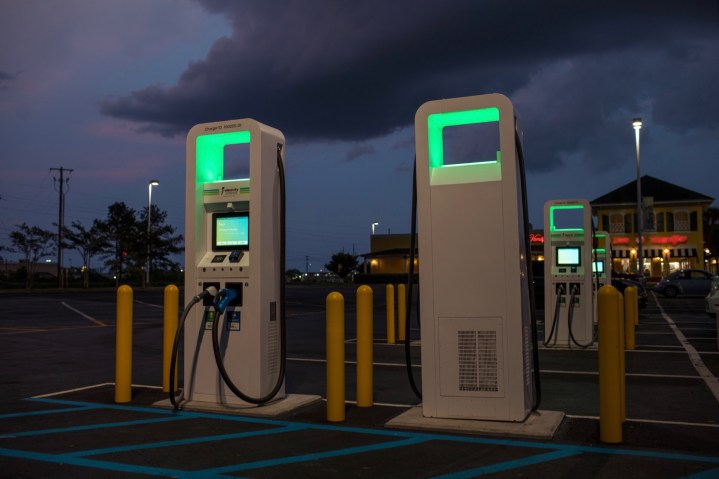 To make owning an electric car easier, companies don’t just need to increase the number of charging stations. They need to make them easier to use. Currently, many charging stations require users to hold an account with a station’s operator, meaning drivers need to have multiple apps and cards to access all stations. But now two of the largest charging networks — Electrify America and EVgo — have signed an interoperability agreement. The deal follows previous agreements between both operators and a third network, ChargePoint.

The new agreement means that anyone who has an Electrify America account can charge at EVgo charging stations without having to set up a separate account or pay additional fees, and vice versa. Earlier this year, Electrify America announced a similar agreement with ChargePoint, which EVgo also has an interoperability agreement with. The three networks represent the majority of public charging stations in the United States, so this makes owning an electric car a lot more convenient.

Interoperability agreements were needed because, initially, it was every charging network for itself. Unlike gas stations, which have standardized pumps and credit card readers (not to mention human attendants), charging stations have been the fiefdoms of their various operators. Even when charging is free (which is the case at many public stations, another perk of electric-car ownership), stations often require drivers to download an app or scan a membership card before they can plug in. Interoperability at least means drivers will only need one account to access charging stations on the Electrify America, EVgo, and ChargePoint networks.

Electrify America is a wholly-owned subsidiary of the Volkswagen Group, created to spend $2 billion on zero-emission vehicle infrastructure over 10 years as part of the settlement for VW’s diesel-emissions cheating. EVgo and ChargePoint are independent companies that occasionally partner with automakers on charging-infrastructure projects.