Right now, the world’s farmers produce enough food to feed the entire population 1.5 times over. That’s enough to feed about 10 billion people. Yet, due to a myriad of different issues, only a fraction of that food ends up reaching a human mouth. An astonishing 821 million people still go to bed on an empty stomach most nights. That’s roughly one out of every nine people on the planet. An even greater number, roughly one in three, suffer from some form of malnutrition. It’s arguably one of the greatest collective failures of our species.

But there’s hope. The UN’s World Food Programme, the largest food aid organization on Earth, has set out on a mission to end hunger by the year 2030. It’s an extremely ambitious goal, and in order to achieve it, the WFP has deployed a phalanx of technological tools — everything from hydroponic farms to blockchain-powered iris scanners — to aid in the fight. Will humanity’s technological innovations give us the edge we need to end hunger? That remains to be seen, but the battle has already begun. Welcome to The Food Fight. 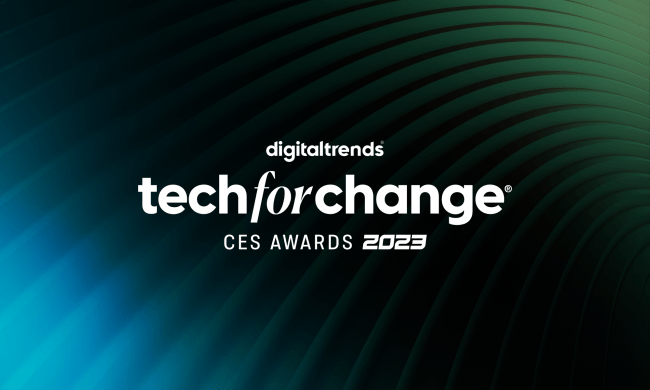 Of all the world-changing technologies and innovative ideas on display at CES 2023, these ones impressed us the most.
News
Drew Prindle

Gaming to boost mental health: 5 tips from a clinical psychologist

When will we know if NASA’s asteroid defense test was a total success?

How the Galaxy Z Flip 4 fixed my unhealthy phone habits

Samsung lays out plan for net zero emissions by 2050

Jeep is launching its first two electric SUVs in the U.S. in 2024

Meta wants to supercharge Wikipedia with an AI upgrade

How ChromeOS Flex turns old PCs into Chromebooks for free

Google's ChromeOS Flex is now out of beta and can help you repurpose your old computer to a Chromebook.
Computing Features
Arif Bacchus
July 14, 2022

8BitDo created a console-agnostic controller for players with limited mobility

8BitDo created a console-agnostic controller for players with limited mobility

8BitDo is launching a Bluetooth controller for gamers with limited mobility, which was made thanks to the father of a young gamer with a rare muscular disorder.
Gaming News
Cristina Alexander
June 14, 2022

Make your life a little greener with these eco-friendly smart home devices. We look at everything from bidets to smart composters.
Smart Home Products
Simon Sage
June 2, 2022

Meta to offset use of NFTs by ‘buying renewable energy’

Meta to offset use of NFTs by ‘buying renewable energy’

There are valid environmental concerns about Meta's recent inclusion of NFTs in apps like Instagram. Here's what we know about how Meta plans to address them.
Social Media News
Anita George
May 10, 2022

Giving robots sight and hearing is fairly straightforward these days, but equipping them with a robust sense of touch is far more difficult.
Emerging Tech Features
Luke Dormehl
May 9, 2022

This is how NASA measures rising sea levels from space

This is how NASA measures rising sea levels from space

NASA has been monitoring Earth's sea levels from orbit for over 30 years. Here's why measuring from space is actually easier than doing it terrestrially.
Space Features
Georgina Torbet
May 8, 2022

Researchers say they have removed valuable rare earth elements from waste at high yields in a method that could also help save the environment.
Mobile Features
Sascha Brodsky
April 27, 2022

Can a robot vacuum work as an air purifier?

Can a robot vacuum work as an air purifier?

Is there a future where robot vacuums and air purifiers are the same device? Not likely, but they might be able to work together.
Smart Home Features
Patrick Hearn
April 24, 2022

Scientists are calling for environmental protections of space to be put in place to account for the increasing number of satellite launches.
Space News
Georgina Torbet
April 23, 2022

How to responsibly recycle old and unused phones

How to responsibly recycle old and unused phones

Your old phones have had a good life, and now it's time to recycle them responsibly. Let's run through the steps.
Mobile Guides
Simon Sage
April 22, 2022

Apps that plant trees for you are booming. But are they actually helping?

Apps that plant trees for you are booming. But are they actually helping?

There are dozens of apps that promise to plant trees in exchange for your usage, but critics say not all of them are making a positive impact on the climate.
News
Sarah Sloat
April 22, 2022

How Grid Studio transforms forgotten tech into works of art

How Grid Studio transforms forgotten tech into works of art

Grid Studio is on a mission to give discarded tech a second lease on life by transforming it into a work of art. Here's how.
Computing Features
Jacob Roach
April 22, 2022

Switching cryptocurrencies like Bitcoin and Ethereum to a proof of stake system could cut their energy use by 99 percent, but doing so is easier said than done.
News
Meira Gebel
April 22, 2022

Can a smart sprinkler system help you use less water?

Can a smart sprinkler system help you use less water?

Saving water is crucial in a shifting climate. Can smart sprinkler systems ensure you're only using as much as you need?
Smart Home Guides
Simon Sage
April 21, 2022

The new EcoFlow Smart Home Panel can harden your home against extended power outages, while also making it easy to monitor and manage your energy use.
Smart Home Deals
Lucas Coll
April 17, 2022

How much toilet paper do bidets actually save?

How much toilet paper do bidets actually save?

Digital transistors have been the backbone of computing for much of the modern era, but Mythic A.I. makes a compelling case that analog chips may be the future.
Computing Features
Luke Dormehl
April 10, 2022

Louisa Heinrich was thinking about user experience long before UX was part of the popular vernacular -- and she has some big ideas on how we can do it better.
Computing Features
Meira Gebel
March 25, 2022
1234567
Next