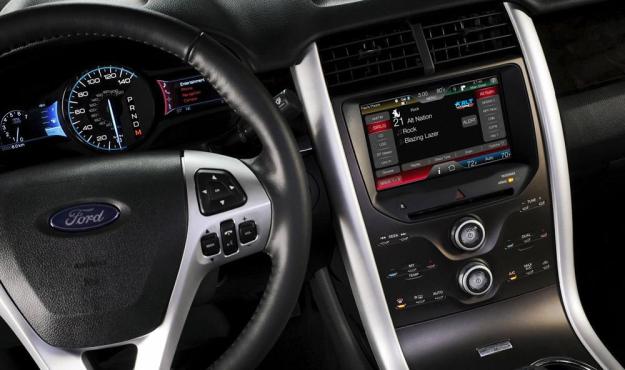 It’s been five years since Ford and Microsoft launched the Sync in-car infotainment system and, despite getting its share of criticism, the system has made it into five million Ford and Lincoln vehicles.

Sync debuted at the Consumer Electronics Show (CES) in 2007, and one was one of the first systems to allow drivers to sync (get it) their smart phones and other devices with their car’s systems. It allows drivers to make hands-free phone calls, read text messages, and give turn-by-turn directions, even on cars that don’t have a built-in navigation system.

A lot has changed in five years, though. The original Sync only used physical buttons but newer versions (usually paired with Ford’s MyFord Touch and MyLincoln Touch) have touch screens and voice recognition. Like other car companies, Ford has tried to eliminate buttons on its infotainment systems, and to integrate other functions like climate control, audio, and navigation, into one interface that reminds drivers of their tablets and phones.

MyFord Touch also added functions such as music and video streaming, and a voice-activated climate control system that maintains an interior temperature set by the driver. It can also use a smart phone to access the Internet via a USB connection.

The addition of MyFord Touch’s touch screen may not have been a good thing, though. The original Sync got fairly positive reviews, but MyFord Touch has been consistently criticized. Testers have complained that MyFord Touch is too complicated, that the controls don’t respond promptly or are too hard to read, and that the whole package can easily distract drivers.

Ford launched “MyFord Touch 2.0” to correct some of the problems. A software update streamlined some of the menus and tried to make the touch screen and voice recognition controls more responsive.

Consumer Reports said the system “stinks,” and would not wish it on an enemy. Despite the recent upgrades to MyFord Touch’s software, the magazine said its fundamental design was flawed.

While Ford advertises the combined infotainment system as “Sync with MyFord Touch,” only the basic Sync platform was developed by Microsoft, with Ford adding other functions to it to create MyFord Touch.

Glitches aside, five million sales is an impressive tally for the original Sync. Despite MyFord Touch’s deleterious effect on Ford’s ratings in initial quality surveys and other tests, this infotainment system remains popular.

Sync is compatible with both iOS and Android, and is available on most 2013 Ford and Lincoln models.