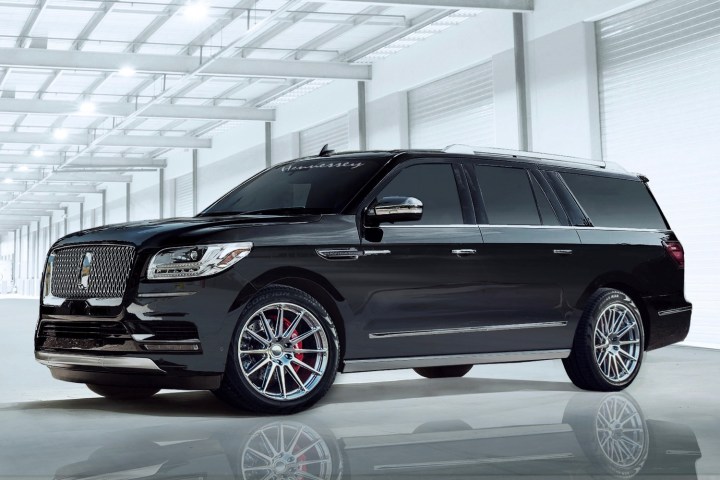 When it comes to performance, the 2018 Lincoln Navigator isn’t really what springs to mind. The hulking SUV was designed to transport seven people in comfort, not in terror. But nobody told that to Hennessey Performance.

The Texas tuner that created the 217-mph Exorcist Camaro and the insane Venom F5 has turned its attention to Lincoln’s flagship SUV. The company claims to be the first to offer performance upgrades for the 2018 Navigator (we don’t doubt that), including a package that boosts output from the 3.5-liter twin-turbocharged V6 from the stock 450 horsepower to 600 hp.

A 600-hp Navigator may seem a bit ridiculous, but it made perfect sense to company founder John Hennessey. In a press release, he pointed out that his company has already done “hundreds” of similar engine upgrades for the Ford F-150 Raptor pickup truck, which uses the same engine as the Navigator. It’s hard to argue with that logic.

It’s also hard to argue with the performance. Hennessey claims its tuned Navigator will do 0 to 60 mph in 4.8 seconds and run the quarter mile in 12.9 seconds at 107 mph. That’s not bad for any car, let alone one that weighs over 5,500 pounds in stock form.

To achieve the extra grunt, Hennessey installs its own engine management software, freer-flowing air intake and exhaust systems, a front-mounted intercooler, and blowoff valve for the turbos. It also adds custom 22-inch wheels, lowers the suspension, and fits upgraded Brembo brakes. If 600 hp is too much, Hennessey will also build a 500-hp versions.

In the name of exclusivity, Hennessey only plans to build 200 tuned Navigators in the first year. If you miss out on one of those, or just prefer General Motors over Ford, Hennessey also offers tuning packages for the GMC Yukon Denali or Cadillac Escalade, including an option for 800 hp. When will the madness stop?

Vehicles like the Hennessy-tuned Lincoln Navigator prove that you make just about anything go fast if you give it enough power. While there is no equally straightforward cure for an SUV’s extra weight and higher of gravity when it comes to handling, their popularity means we’ll probably see a lot more performance SUVs in the future.