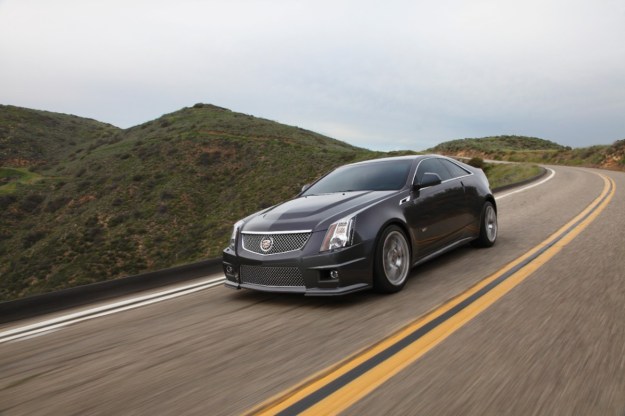 Cadillac will unveil the third generation of its CTS luxury car at the New York Auto Show next month. With its angular “Art & Science” styling theme, sporty handling, and vastly upgraded build quality, the CTS has helped reshape Cadillac over the past 10 years. So what will General Motors’ luxury brand do to keep the momentum going?

“It’s just gorgeous,” Bob Ferguson, Cadillac global vice president, told the Detroit Free Press. “We are positioning that car as a step up, so there will be a marketing challenge to reposition that car.”

The CTS was originally positioned as an entry-level luxury car, competing against the likes of the BMW 3 Series, Audi A4, and Mercedes-Benz C-Class. However, it grew significantly in its second (current) generation, and Cadillac slotted the ATS sedan beneath it in both size and price.

With the ATS competing directly with the 3 Series, etc., the CTS will likely move up to fill the midsize luxury sport sedan role vacated by the discontinued STS. That would pit it against BMW’s 5 Series, Audi’s A6, and Mercedes’ E-Class.

The CTS is a very important car for GM because, so far, it has shown that America’s largest carmaker can compete with imports on their terms.

The CTS’ styling helped kill the stereotype of the anachronistic Cadillac land yacht. Particularly in coupe or wagon form, it doesn’t look like a car driven by Florida retirees.

Cadillac backed that style up with substance. The current CTS is offered with an optional 3.6-liter direct-injected V6, which produces 318 horsepower and 275 pound-feet of torque. The CTS-V performance model packs a 556 hp V8, and can be had in sedan, coupe, or wagon body styles.

At the same time, the CTS was one of the first modern GM cars to get an interior that didn’t look like it belonged to a Power Wheels car.

However, time does not stand still. Introduced in 2007, the CTS is definitely due for a redesign. The luxury competition, particularly the benchmark 3 Series, which was redesigned last year, is younger and fresher.

The CTS may have also been overshadowed by the ATS and the larger, more traditional XTS, both of which debuted last year.

After its New York debut, the redesigned CTS is expected to hit showrooms by the fall of this year. Ferguson followed up his announcement of the CTS’ impending arrival with two more important announcements: a redesigned Escalade SUV and the all-new ELR plug-in hybrid coupe will both go on sale in early 2014.