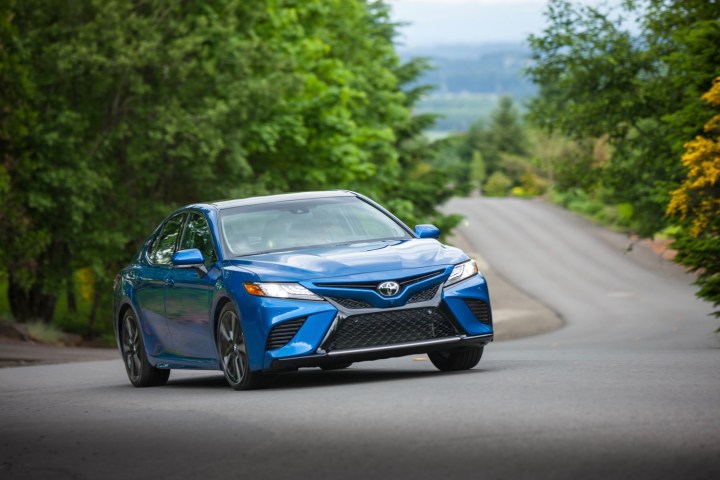 The 2018 Toyota Camry was redesigned from the ground up, and that included the infotainment system. Toyota used the new version of its best-selling sedan to launch its Entune 3.0 App Suite, a comprehensive infotainment interface that connects smartphones to cars. But owners are not happy with the new system.

After his stepfather — a serial Camry owner — became so frustrated with Entune 3.0 that he traded in a shiny new 2018 model for an Avalon, Joshua Fruhlinger of analytics firm Thinknum took a closer look at owner reactions to the new system. It turns out his stepfather wasn’t the only one who was frustrated.

App store ratings for Entune 3.0 averaged 1.5 out of 5 stars, according to Thinknum. That’s based on 513 reviews, a number that has increased sharply over the last few months. Toyota began shipping 2018 Camrys equipped with Entune 3.0 to dealerships late last summer. Entune 3.0 is also available on the 2018 Sienna minivan, and will be available on the 2019 Avalon sedan and Corolla Hatchback when those models hit showrooms later this year.

The previous version of Entune, which is available on a wider array of Toyota models, fared even worse in online reviews. Since May 2017, it has average 1 out of 5 stars, a rating based on 2,380 reviews. In these reviews, Toyota owners with both versions of the system complained of myriad problems, from slow loading times and dropped connections, to features like remote start simply refusing to work.

These reported problems are compounded by the fact that Toyota drivers must use Entune for pretty much everything involving smartphone connectivity. Unlike many of its rivals, Toyota hasn’t jumped on the Apple CarPlay and Android Auto bandwagon, preferring to build its own smartphone interface without the Apple or Android branding. Previous versions of Entune were based on the Blackberry QNX platform, but Entune 3.0 is based on the Automotive Grade Linux platform. If nothing else, the open-source nature of Linux could allow fixes to be implemented faster.

Digital Trends reached out to Toyota for a comment on this matter, but did not hear back in time for publication. We will update this story with any response we receive from the automaker.