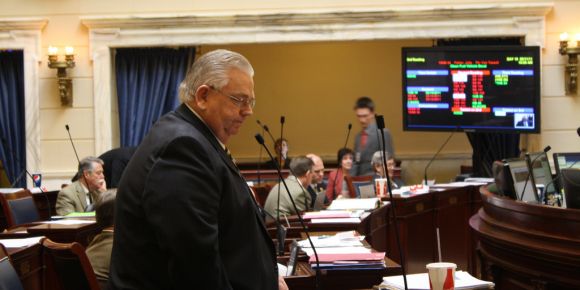 Utah Senator Kevin Van Tassell has proposed charging hybrid and electric car owners a fee, stating that the loss of money garnered from gas tax is hurting funding for maintaining and building infrastructure. The legislator believes that since these cars are getting excellent mileage, the owners aren’t paying for their fair share of the road despite the improvement in air quality.

Utah isn’t the only state buzzing about the extra revenue they would gain from charging fees on these types of cars. Legislators in the state of Washington and Oregon are also toying with ways to squeeze money from electric and hybrid car owners—Oregon may charge drivers 1.43 cents per mile. Washington Senator Mary Haugen’s perspective seems to be in line with Van Tassell’s saying, “Electric vehicles put just as much wear and tear on our roads.”

The Utah issue was originally brought up during a legislative session about a now failed bill of Van Tassell’s which was going to increase the state’s gas tax. The gas tax revenue in Utah has slipped from $366 million in 2007 to $341 million in recent years.

Utah Senate President Michael Waddoups thinks that the idea of a fee has merit but the push for the fee may be a bit premature.“We’re trying to develop the manufacture and distribution of the vehicles”, he said. “We need to encourage [sales], at this point.”

Others agree with the Senate President’s thoughts on holding back. The state’s air quality division is currently working on increasing incentives for buying new vehicles that meet air-quality and fuel-economy standards. Debbie Sigman of Breathe Utah told the Salt Lake Tribune that taxing these cars isn’t the right phase legislation should be in since the number of hybrids on the road don’t seem like they should be making a large dent in the state’s gas-tax revenue.