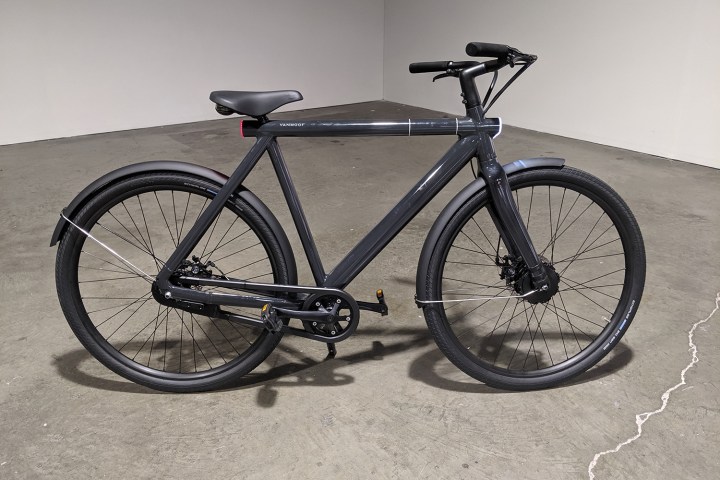 Earlier this week, Digital Trends ran a story about the VanMoof S2 ebike entitled “This $3,000 ebike is allegedly impossible to steal. We stole it in 60 seconds.” Digital Trends is retracting our original story after an extensive editorial review in which we were unable to replicate the claims made by a third party.

As a service to our readers and in fairness to VanMoof, we’d like to explain what happened.

VanMoof’s electrified S2 ebike comes with some impressive security features, including GSM anti-theft tracking, a built-in alarm, and rear-wheel lock that VanMoof says “makes it impossible to ride, let alone sell, if stolen.” The company describes the bike as “theft-proof” and  “almost impossible to steal.” For $100 a year or $240 for three years, VanMoof offers what it calls Peace of Mind service that promises to track down your bike if it’s ever stolen or replace it if they can’t recover it within two weeks.

Our original article claimed that we were able to “disable the bike’s whole tracking system without ever setting the alarm off” by removing the internal “Smart Cartridge” computer and then taking out a SIM card. We also claimed that “once the SIM card is removed, the S2’s alarm and wheel lock cease to function.” Upon further tests, we were unable to replicate this claim or determine how the issues might have occurred originally.

VanMoof responded to our story with a blog post and video showing the bike functioning correctly — when they locked the bike and removed the SIM card, the rear wheel lock remained engaged — effectively rendering the bike useless. Initially, the company suggested that we had a defective model but further testing has been unable to replicate the original error. All functions of the bike appear to operate as intended. As far as we can tell, it is not, as we had earlier believed, a lemon and therefore we see no reason to believe that this is a widespread issue for the VanMoof S2.

To further vet the original claims, we purchased a used S2 to conduct another test. When we attempted to “steal” the bike, the alarm sounded and the rear wheel lock remained engaged — which is exactly what happened in VanMoof’s video. The bike was essentially rendered unusable.

Since this story was first published, we have been in constant contact with VanMoof in order to troubleshoot the issue experienced during the first test and determine its root cause. We appreciate VanMoof’s cooperation during this process and apologize to the company for not more thoroughly vetting a third party’s claims as well as not reaching out to VanMoof before publication.

We’re here to hold companies accountable. Testing extravagant claims — like that a bike is nearly impossible to steal — is exactly the type of journalism Digital Trends endeavors to offer consumers. Sometimes we hit the mark, like exposing Monster’s shady foray into online gambling, Nissan’s faulty in-car radar, and Facebook’s dismal customer service. But we hold ourselves accountable, too. And in this case, our initial testing wasn’t comprehensive enough.

We’ve updated our editorial policies to include more stringent rules on product testing and using anonymous sources, a mandate to seek comment from companies when we believe their claims don’t hold up, and additional vetting from senior editorial leadership before publishing contentious claims.

The PlayStation Backbone is a great mobile controller, but a bad PS5 companion