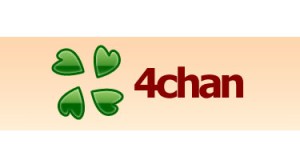 By now you’ve probably heard about Canv.as, 4chan founder Moot’s evolution of his meme-generating image board. Like 4chan, Canvas is an image-sharing destination where users can upload content for the rest of the community to discuss and share Photoshopped versions of. The site differs in a few key ways, notably in requiring users to create a share account and in maintaining an archive of all content.

Access so far has been limited to an invite-only crowd, but Business Insider has an in-depth preview up which shows more of what the site has to offer. The most attractive feature for casual users of 4chan is the inclusion of built-in image editing tools in Canvas. Anyone’s photo can be given a “remix” without leaving your browser, using an interface that looks an awful like Photoshop-lite (very lite). You can add text, ready-made thumbnails, even images of your own and adjust the size/shape/appearance of any inserted objects.

Here’s how it looks:

There are plenty more images posted in Business Insider’s preview, so be sure to check it out.

The reason Canvas is potentially a bigger deal than 4chan is the layer of moderation that comes along with user accounts and archived content. As popular as it is — more than 10 million unique visitors per month — Moot’s original image board is a hive of Internet scum and villainy, in the form of hateful/intolerant content and comments.

With checks in place to guard against the proliferation of such material on Canvas, it is expected that advertisers will find the site much more attractive. Assuming of course that a sizable chunk of the 4chan community follows the action; if people aren’t clicking, Canvas won’t be generating any money for anyone.