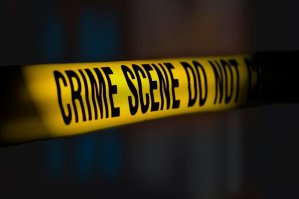 The gritty world of online classified ads took a turn for the worst this week after Craigslist.org rival Oodle.com released a study, in conjunction with research firm AIM Group, that labels Craigslist a “cesspool of crime.”

With the aid of an infographic entitled “Mayhem on Craigslist,” Oodle runs through the crime figures that are meant to paint a frightening picture of Craigslist: 330 crimes related to Craigslist in the last year alone; 43 violent crimes; 74 robberies; 31 assaults; 12 murders. The list goes on.

Oodle claims its service is safer because it requires users sign in with their Facebook accounts in order to use the site.

In a write-up about the report, AIM Group’s Peter Zollman doesn’t stop at mere figures. Instead, he takes off the gloves, and starts swinging, calling Craigslist a “cesspool of crime,” and saying that the nightmarish cornucopia of Craislist-related incidents listed above are “everyday occurrences.” He warns Craigslist users that “the old rules of ‘meeting in public’ and ‘knowing whom you’re dealing with’ no longer apply,” and brands Craigslist “almost synonymous with crime.”

Fighting words for sure. Problem is, claims that Craigslist — whose now-defunct “adult services” sections allegedly became a veritable outlet mall of online prostitution — is rampant with crime just aren’t true.

“Craigslist has nearly 53 million unique visitors per month, according to comScore Inc,” writes Temple. “That means that 330 crimes breaks down to an effective rate of 0.000006 per visitor.” Not exactly a horrifying statistic.

Even with members of the media defending Craigslist, the site’s leadership decided to stand up and defend itself. From Craigslist CEO Jim Buckmaster via the Craigslist blog:

AIM group “documents” 330 crimes that it says occurred in connection with use of CL in the US over a 12 month period. Sounds scary until you compare that  number to the 570 million classified ads posted by 100 million or more US craigslist users during that same time span, generating literally BILLIONS of human interactions, many involving face-to-face meetings between users who do not know one another.
…

AIM omits to mention craigslist is likely also safer than Oodle in terms of crime rate, or incidence of crime, when you compare the usage between the two sites. Spot checking of categories such as furniture,  roommates, collectibles, baby/kid stuff, and bicycles for January showed craigslist having roughly 1000x times Oodle’s listings (and CL listings are posted by its users, not scraped from other sites). Some Oodle categories have more listings, but those are dominated by data feeds from a few large commercial entities.

Compete.com web traffic stats show CL with 550x Oodle’s page views. Such that if so much as ONE (1) crime was connected with an Oodle listing over the past 12 months, the crime rate for Oodle would exceed by almost two times the crime rate that AIM Group claims for CL.

Hopefully, Oodle has learned a valuable lesson here: If you’re going to resort to cheap shots and dirty tactics to get a leg up on your competition, at least do it without causing more damage to yourself.

What they perhaps don’t realize is that the Facebook Oodle relies upon for its cleansing qualities is becoming the next promised land for prostitutes. Funny, huh?

This anti-hacker group helps you escape ransomware for free