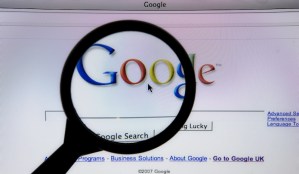 Google today officially acknowledged an investigation of its business by the US Federal Trade Commission. In a statement on the company blog entitled “Supporting choice, ensuring economic opportunity,” Google confirmed that it had “received formal notification” of the FTC inquiry. The company insists that its business practices aim only to deliver quality results to its users. And, most of all, Google argues that using is search service “is a choice,” not a requirement.

“We respect the FTC’s process and will be working with them (as we have with other agencies) over the coming months to answer questions about Google and our services,” writes Google Fellow Amit Singhai.

Singhai, a leader in Google’s search business, says that “[i]t’s still unclear exactly what the FTC’s concerns are,” but assures that Google’s guiding principal has always been to “focus on the user.” Through this, the company has managed to completely revolutionize the way people find information, Singhai says.

“In just 13 years we’ve built a model that has changed the way people find answers and helped businesses both large and small create jobs and connect with new customers,” writes Singhai.

Singhai goes on to explain that the algorithm Google uses to rank websites changes “every year” to help improve the service. Because of this, “[n]ot every website can come out at the top of the page, or even appear on the first page of our search results,” Singhai explains.

The statement also explains that its primary goal is to provide “the most relevant answers as quickly as possible.” It also says a guiding principle of the company is “loyalty, not lock-in,” which essentially rebukes the most likely antitrust complaint from the FTC: that Google locks customers into its products. This, says Singhai, is not the case.

“We firmly believe you control your data, so we have a team of engineers whose only goal is to help you take your information with you,” writes Singhai. “We want you to stay with us because we’re innovating and making our products better–not because you’re locked in.”

Google is currently under investigation in the European Union and the state of Texas over complaints that it uses its online dominance to unfairly promote businesses it owns over competitor businesses.

This new Windows 11 feature will help you protect your passwords
How to use Google Spaces
How to back up emails in Outlook
How to sign a PDF on Mac
Google’s new privacy tool lets you know if your personal info was leaked
Nullmixer is a nasty, new Windows malware dropper
How to leave a team on Microsoft Teams
Nvidia addresses the rumors about the RTX 40 GPUs’ power consumption
Intel says Moore’s Law is alive and well. Nvidia says it’s dead. Which is right?
Best Microsoft Surface Pro deals for October 2022
Logitech’s new Mac accessories are customizable, functional, and undeniably pretty
Adobe adds AI magic to Photoshop and Premiere Elements
DLSS 3 could boost your gaming performance by up to 5x