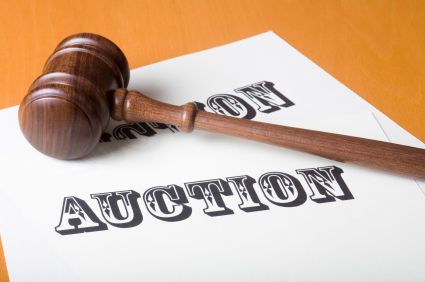 After admitting in a blog post that “the tech world has recently seen an explosion of patent litigation,” Google announced it would be bidding on bankrupt company Nortel’s patent portfolio. The Mountain View giant said its reasons were many-fold, among them the idea that it would keep industry competitors from suing Google.

Nortel filed for bankruptcy back in 2009, exactly one day before it would be forced to repay the $107 million it owed in interest debt on bonds. But before its collapse, the company was an important contributor to electronics manufacturing and responsible for most of North America’s telecommunications products. So it’s safe to say that Nortel’s 6,000 patents and patent applications (which include everything from 4G and data networking information to work covering semiconductors, Internet search, and social networking) are something any tech company would love to get its hands on, especially as patent wars heat up.

And it sounds like Google is the one to beat: Nortel has accepted the company’s offer of $900 million as the starting point, inviting other interested parties to try and outbid it. There’s a lot at stake here, since the winner won’t only become privy to research Nortel’s been involved in, but will obviously be able to enter into new patent litigation that can result in millions of dollars (right, Kodak?) while also gaining the means to better protect itself and its possible new technologies and ventures from this exact type of legal situation. Of course, Google is choosing to focus on the latter and play victim in its reasoning for the bid. “Google is a relatively young company, and although we have a growing number of patents, many of our competitors have larger portfolios given their longer histories,” the company explains. “In the absence of meaningful reform, we believe it’s the best long-term solution for Google, our users and our partners.”

But just because Google made a move first and set the bar for the bidding process doesn’t mean the race is over. ZDNet notes that a few other companies will throw their hats in the ring, including the likes of RIM, Apple, Nokia, and possibly Microsoft. That’s some formidable competition – competition that (largely) has some financial legs to stand on. And of course, Google isn’t the only company that has found itself in patent hot water lately. It feels like a tone has been set, and now Google is doing everything it can to cover its bases – but nothing’s final yet. In fact, Microsoft and Nortel have had a business relationship for some years now, and it seems like the computing veteran might have the motivation to outbid Google.

Topics
What is ChatGPT Plus? Everything we know about the premium tier
Microsoft Word vs. Google Docs
The best web browsers for 2023
Best Microsoft Office deals for January 2023
HP 72 Hour Flash Sale: The 6 best laptop deals, from $250
Samsung’s first QD-OLED gaming monitor might be dead on arrival
Latest Dell sale sees must-have laptops starting from $380
Chrome’s take on Nvidia DLSS is set to launch, but you can’t use it yet
Lenovo Yoga 7i 2-in-1 laptop just got a $700 price cut
Google’s new Bard AI may be powerful enough to make ChatGPT worry — and it’s already here
Why you probably shouldn’t buy the $599 M2 Mac mini
Samsung’s 34-inch Ultra-WQHD monitor is $200 off right now
This HP gaming PC with an RTX 3080 is $700 off