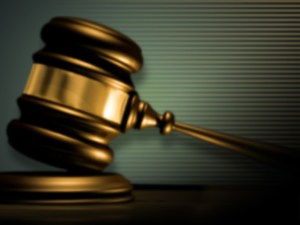 The Detroit Free Press is reporting that a Michigan resident could face five years in prison for reading his wife’s e-mail. 33 year old computer technician Leon Walker had been snooping through wife Clara Walker’s Gmail account after finding her password written in a book next to their shared laptop, and by doing so discovered that she had been having an affair with an ex-husband. In response, Clara filed for divorce and had her now ex-husband arrested.

Leon Walker argues that he was concerned for the safety of Clara Walker’s son from her previous marriage, as his father was allegedly arrested for abusing Clara in front of their son. But his claims seem to be falling on deaf ears: prosecutor Jessica Cooper states that, “The guy is a hacker. It was password protected, he had wonderful skills and was highly trained. Then he downloaded them [the e-mails] and used them in a very contentious way.”

Leon is being charged with a felony under Michigan statute 755.795. The law is most often used in cases concerning identify theft, but will be applied to Leon when he goes to court February 7 – the first time it’s ever been used in a domestic case. And experts are saying that the “gray area” surrounding the circumstances of the situation could make it difficult for the prosecution. At the time, Leon and Clara were living together and sharing the computer in question. The defense attorney, Leon Weiss, argues that the statute is being used incorrectly. “This is a hacking statute, the kind of statute they use if you try to break into a government system or private business for some nerfarious purpose. It’s to protect against identity fraud, to keep somebody from taking somebody’s intellectual property.”

Many legal professionals are shocked by the lawsuit, but a jury will ultimately decide whether or not Leon Walker does time.

Ransomware victims are refusing to pay — but is it working?

This anti-hacker group helps you escape ransomware for free