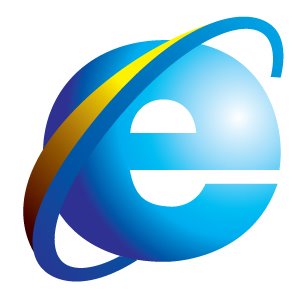 In our series on browsers, we looked extensively at the latest versions (including test versions) of the top 5 mainstream browsers — Opera 10.0, Firefox 3.6 (a1 at the time), Safari 4, Internet Explorer 8, and Google Chrome 4 (this series had four entries which you can find here 1, 2, 3, and 4). We found that Microsoft Internet Explorer had some compelling strengths, such as its security, but overall used too much memory, CPU, and was too slow.

Microsoft is aware of these concerns and it has been racing to develop a successor to IE 8 — Internet Explorer 9. IE 9 looks to be everything IE 8 wasn’t — fast and lean. With the forthcoming release, Microsoft looks to give Internet Explorer a makeover akin to the Windows Vista to Windows 7 transition.

The foundation of this effort was discussed in depth at the Microsoft Professional Developers Conference in Los Angeles by Windows unit president Steven Sinofsky. At the core of the changes is hardware acceleration of text and graphics. Microsoft’s Dean Hachamovitch, general manager of Internet Explorer, said the technology will be akin to Google’s Native Client, used by Chrome to better utilize the processor’s power, and Mozilla’s WebGL, used by Firefox to provide hardware acceleration for 3D graphics.

The browser will use Direct2D, rather than the previously used GDI (Graphical Device Interface). The hardware-acceleration will provide support for technologies such as sub-pixel positioning, which smooths text, reducing eyestrain. The acceleration also allows the browser to keep up with displaying rich graphics, such as interactive online maps. In side-by-side testing, Microsoft reports that an online mapping utility runs in IE 9 at 40 to 60 fps with low processor usage, while running at only 5 to 10 fps and 50 to 60 percent CPU usage in IE 8.

Mr. Hachamovitch describes the night and day comparison, stating, “It’s a remarkably different level of performance. It’s like the difference between watching Pixar or an Xbox vs. watching an old PC chug along.”

He adds, “This is a direct improvement to everybody’s usage of the Web on a daily basis. Web developers are doing what they did before, only now they can tap directly into a PC’s graphics hardware to make their text work better and graphics work better.”

The browser will also be much closer, reportedly, to the high bar of standards compliance set by the likes of Opera, Safari, Chrome, and Firefox. Microsoft in August joined the HTML (Hypertext Markup Language) standards effort and this month it set a dozen members to the World Wide Web Consortium (W3C) meeting, a standards summit. IE 9 reportedly will have almost full support for CSS 3.

Adrian Bateman, a Microsoft program manager who’s involved in the standardization effort, describes, “High-quality specifications that improve interoperability between browsers are important. Our goal is to help ensure these new standards work well for Web developers and will work well in future versions of IE.”

The standards and hardware acceleration efforts are merged, as Microsoft is looking to use the Direct2D support to speed up the rendering of advanced standards like Cascading Style Sheets, reducing the stress on the developer. States Mr. Hachamovitch, “Web sites didn’t have to change behavior and code in a different way [to utilize Direct2D]. With a lot of other technologies, it takes a lot of work and a lot of time to figure out how to do something different. It isn’t necessarily an interoperable, standards kind of thing — it’s something from one particular vendor. We’re taking interoperable implementations of things like CSS, things that developers are using and expect to work everywhere, and making them demonstrably better.”

While it’s unclear if SVG (Scalable Vector Graphics) will finally receive official support in the release, it looks like Canvas graphics are finally likely to be onboard. Eliot Graff, an IE lead technical editor, is working with W3C to edit the Canvas standard. Currently on Acid3, a compatibility test, IE 9 scores a 32, versus a mere 20 percent for IE 8.

Microsoft is also working to speed up its Javascript (JS) engine. In this respect, Microsoft lags significantly behind Chrome’s V8, Firefox’s TraceMonkey, Safari’s Nitro, Opera’s Futhark and Caracan JS engines. John Montgomery, a leader of IE’s browser compatibility and tools team says the company is giving a much better showing in the SunSpider JavaScript benchmark. He states, “We’re whipping through these faster than (IE) 8 was. We’re pretty early in the development process. There’s still some stuff we can still squeeze out of the engine, but we’re doing a lot better than we were.”

Microsoft really needs a hit when it comes to browsing. While it still holds a dominant position, thanks largely to its business users, its marketshare has been sliding thanks to competitors like Firefox, Chrome, and Opera. The browser by some recent estimates has slid below 60 percent for the first time in years, while Firefox’s market share may have risen as high as 30 percent.

With IE 9, Microsoft still might not offer quite the level of standards support as, say Opera, but it is taking a compelling approach — it is saying that most of the standards it supports will receive some degree of hardware acceleration. While not new, Microsoft certainly seems to be tackling the topic of hardware acceleration on a much broader scale than is found in the current implementations of Firefox and Chrome. In all Microsoft’s Internet Explorer 9 looks to be an intriguing release, a sign of a positive direction from the browser team, and just maybe enough to win back some of the customers Microsoft has lost to its rivals.

Geezers with guns: why action heroes are older than ever