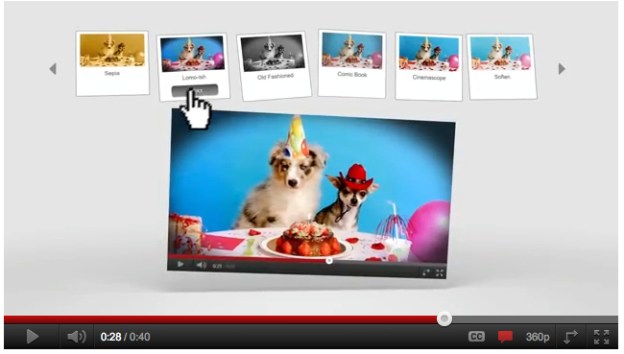 Final Cut Pro it most certainly isn’t but YouTube’s latest video editor could nevertheless turn out to be a useful tool for tidying up some sloppy camera work.

Last year the company introduced a tool for making basic edits, but it would mean that if you wanted to make any edits at a later date, you’d lose the video’s URL, view count and comments in the process.

The tools rolled out on Wednesday allow you to make edits at any time, allowing you to keep intact all the information and stats relating to the video.

“Starting today, you can edit your uploaded videos right on YouTube and maintain the same video IDs. This means you keep your view count and comments, and all existing links to your video will continue to work. No re-uploading necessary!” YouTube software engineer John Gregg wrote in a blog post Wednesday.

The new tool gives the owner of the video the chance to make basic edits, such as trimming the shaky bits of camerawork so often found at the beginning and end of clips.

You can also rotate the picture, adjust the contrast and colors and stabilize hand-held footage – a feature that will come in mighty useful with so many clips looking like they were taken while standing on a vibration fitness machine.

YouTube has joined up with photo-editing website Picnik, both Google owned, to offer some striking color treatments of videos, including Lomo-ish, cross process and thermal. Whether YouTube will later offer Picnik’s premium color treatments, for a fee, remains to be seen, although no doubt it’s something they’re looking into.

For color adjustment there’s also an “I’m feeling lucky” button, though you may be unlucky with that.

If your video has received less than 1,000 views, and you decide at a later date you don’t like the edits you’ve made, you can go back and undo them. “If you don’t like the new version, fear not: you can revert to the original and save again. You can also save your edits into a new video and try out multiple versions. Note that popular videos with over 1,000 views and videos with third-party content can only be saved as new videos once edited,” Gregg wrote in the post. YouTube product manager Jason Toff told GigaOm that the 1,000-view limit was to prevent popular videos from being drastically changed, possibly removing all the qualities that made it a hit in the first place, and thereby confusing later viewers.

The new editor will be rolled out globally throughout Wednesday.