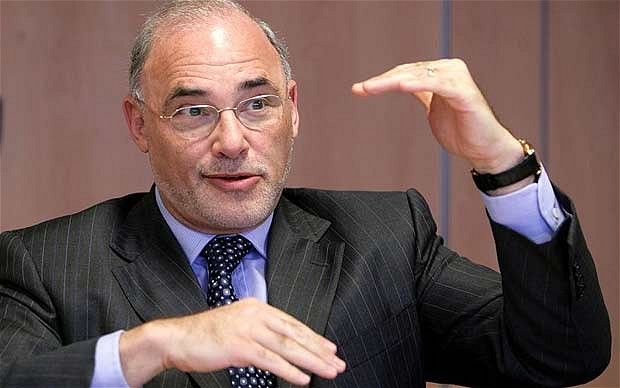 HP just can’t keep itself out of the headlines. Today rumors are coming out of Bloomberg that HP’s board might be removing Leo Apotheker as CEO. Apotheker was named HP’s CEO in November, and in that time the company hasn’t produced much good news. It seems as though the board might be thinking of naming eBay’s former CEO Meg Whitman as the new CEO or as interim CEO while they search for someone new. Besides trying to spin off its personal computer business, and discontinuing webOS there are two other big issues that investors aren’t too happy about.

First the stock price has dropped 47 percent since Apotheker has taken over. HP’s stock was already dipping before the mid-August announcements pertaining to personal computers and webOS. It was that news that made stock prices nose dive. HP’s personal computing division is still very profitable, and turning its back on easy money has shareholders unhappy. There are even talks that the board will meet to discuss reversing that decision.

The other main issue the board and shareholders have with Apotheker is the fact that HP keeps lowering its sales expectations. Since November 2011 HP has lowered its sales forecast three times, and lower sales mean lower profits. While it is true that HP did explain declining personal computer sales as one of the reasons they wanted to unload the personal computer division, that doesn’t mean investors want to hear that.

HP wouldn’t have to look far to find a replacement for Apotheker, seeing as Meg Whitman is already a board member at HP. There isn’t a long list of people who happen to have experience running one of the world’s largest computer companies so there aren’t many people perfectly qualified for the position. Whitman spent ten years as eBay’s CEO, and might be ready to take charge of another company.

This might also be leading to more rumors of a possible HP take over by Oracle.  It is a troubling time at HP right now, and even if Apotheker remains as CEO the fact that rumors are spreading is a sign of trouble.

Topics
MacBook butterfly keyboard lawsuit: are you eligible for a payout?
Hackers’ Cyber Monday deals will be unbelievably good
Major tax services are sending your data to Meta and Google
Hackers target your holiday shopping with new phishing scam
Here’s why ChatGPT might be ‘at capacity’ for you right now
The best color laser printers for 2023
Best MacBook Deals: Save on MacBook Air & MacBook Pro
Dell Laptop Deals: Save on XPS 13, XPS 15, XPS 17 and more
How to sync your Outlook calendar with an iPhone
Best gaming laptop deals: Save on Alienware, Asus and more
Best Alienware Deals: Save on gaming laptops, PCs and monitors
This huge password manager exploit may never get fixed
Best 17-inch Laptop Deals: Get a large laptop for $330