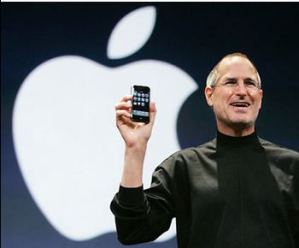 Steve Jobs has been granted medical leave from Apple, according to Reuters. Tim Cook, chief operating officer at Apple, will take over in Jobs’ absence. Jobs made the announcement in an e-mail to Apple employees and did not give any specific details beyond that he was taking leave to “focus on [his] health.” Jobs will remain CEO during his leave and will continue to take part in “major strategic decisions.”

At my request, the board of directors has granted me a medical leave of absence so I can focus on my health. I will continue as CEO and be involved in major strategic decisions for the company.

I have asked Tim Cook to be responsible for all of Apple’s day to day operations. I have great confidence that Tim and the rest of the executive management team will do a terrific job executing the exciting plans we have in place for 2011.

I love Apple so much and hope to be back as soon as I can. In the meantime, my family and I would deeply appreciate respect for our privacy.

This is not the first time in recent history that Jobs has cited medical reasons for taking time off. Two years ago, in January of 2009, Jobs similarly took an unexpected medical absence from Apple. Jobs returned to his role as full-time CEO in June of that year.