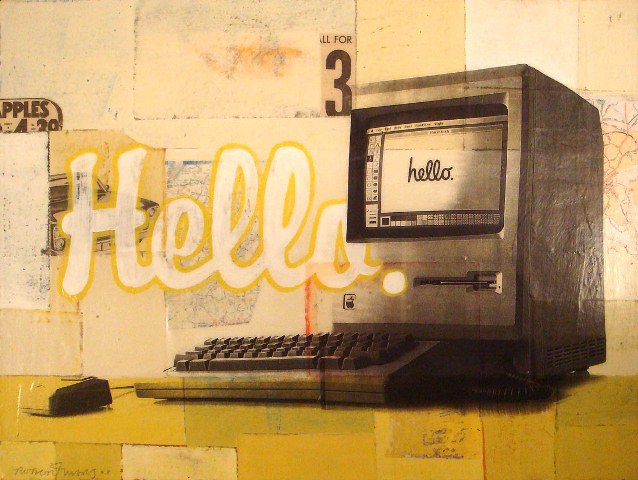 Traces of Steve Jobs’ brilliance are found everywhere: The iOS ecosystem, the app store revolution, and the modernization of personal electronics. But one of his most inspiring and influential contributions is how he injected some human beauty into the formerly cold, pixelized world of computers.

We all know the timeless tale of how a young, destitute Jobs attended and dropped out of Reed College. But what he did after can sometimes overshadow how vital what he learned there has been. The calligraphy classes Jobs took (and later audited after un-enrolling from the school) were largely responsible for the seismic shift in computing typeface that the Mac has been responsible for.

“Calligraphy was about the most over-enrolled in class at Reed. He was a freshman when he took the class, and that was most unusual, usually only juniors and seniors got in,” says former Reed calligraphy instructor Robert Palladino. “How he got into the class I don’t know, but I’m glad he did.”

Palladino says Jobs didn’t necessarily stand out in class, that he was a “rather quiet type of person. But I noticed all the other students liked him a lot.” And this respect carried over even after he left Reed. Two years later, he returned to visit and consult Palladino to the enthusiasm of current students.

“For a freshman drop out to be so well-regarded, they must have sensed he had an awful lot of talent. He was a dynamic person even when he was young.”

Jobs wanted Palladino’s insight on Greek letters, telling his former instructor he was working on computers in his parents’ garage. “He introduced me to the mouse. I had never seen one before,” Palladino says.

Thomas Phinney, a  senior product manager for fonts and typography with Extensis, says Jobs’ death is the change of an era. “I remember, painfully well, the early days of computers when we had monospace fonts on screen, before WYSIWYG and all that,” he says. “And what Jobs did with the Macintosh was not just revolutionize digital typography—that would have happened sooner or later. The unique thing he brought to it was the democratization of digital type.”

Phinney explains Jobs brought font menus to the masses, introducing not just experts but average consumers to individually designed lettering. “The idea that the average person on the street might have a favorite font was a radical thing.”

And though Jobs’ contribution has always been consumer-focused, it has had an immeasurable impact on the design community. Phinney relates his work with digital design and computing to the of the Gutenberg printing press. “In the same way that the printing press drove the rise of literacy in the late Renaissance, I think Steve Jobs has driven the rise of design as something that the general public is aware of. He drove an awareness of design including typography in particular.” Phinney’s only critique: The Apple founder’s use of Helvetica as the default font of iOS.

Jobs’ influence has managed to reach beyond the fanboys and his digital disciples. While Palladino remains something of a Luddite (he doesn’t own a computer), he appreciates the effect Jobs has had. “When I was teaching at Reed and computers were starting to put stuff out, it was terrible. Linear marks on a page. Any resemblance between that and a letter was purely coincidental. [What Jobs has done] is so superior to what was there before that there’s no comparison. He put a lot more class into the business.”