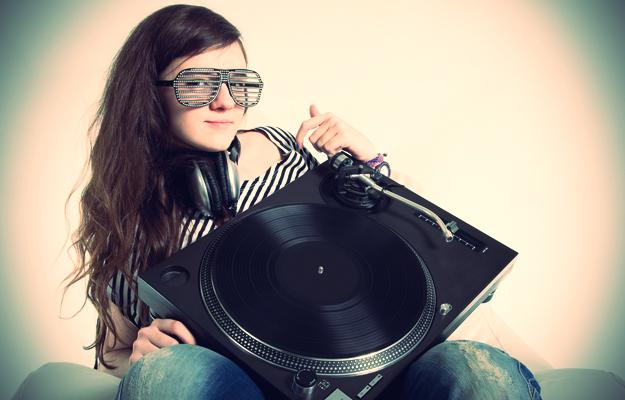 I’m writing this article on a typewriter, by candlelight, while I sup coffee from a mason jar. I’ll be using a Polaroid SX-70 to take the accompanying photos. Once it’s finished, I’ll rise from my vintage upcycled chair, pause briefly to wax my ironic moustache, and remove splinters from my posterior before jumping on my penny farthing and cycling to the office to submit it. That’s right – I’m a hipster with a low-tech fetish that’s supposed to spark a new dawn of nostalgic revivalism: Adopt the shoddy, outdated junk that I spend every waking moment seeking out, or risk being sneered at. (Actually, if too many of you find the same things charming, then I’ll move on because it’s not okay to like anything “lamestream.”)

Seriously though: What is with adopting long forgotten technology that doesn’t work very well? Idealizing the seventies or eighties seems like something only someone who never lived through them could do. We mass produced all kinds of incredibly wasteful rubbish back then. As a writer, I would never sit down and write an article with pen and paper, nor would I use a typewriter anymore. You know why? It’s because they are uncomfortable, impractical, and drastically inferior to using a word-processing program on a computer or laptop.

Tech from the analog age is dead for a reason. We developed superior tech. That nostalgic imperfection you find in old Polaroid or those scratchy vinyl recordings can be replicated in digital form if you have a genuine longing for something that reminds you of childhood or makes you feel all warm and fuzzy.

“We did it first”

No, no you didn’t. Stop and think about how that antiquated product, clothing, or facial hair style, came onto your radar. It’s because at one time it was considered viable by the general population. You are basically filtering for rejected awfulness. I can turn a blind eye to skinny jeans, big sunglasses and trucker hats. Don’t get me wrong, I’d rather never see any of those things again, but I’ve come to terms with my complete lack of power over the fashion world.

What I can’t abide is people using impractical antiquated tech and pretending like there’s something great about it. Gigantic power-guzzling TVs with thick beveled glass screens were just rubbish. Ugly, cheap, plastic stereo units with hundreds of knobs and buttons are like the consumer tech equivalent of the 1970s tower block architecture that still blights the UK. Record players were a pain to use and vinyl took up loads of room, usually getting scratched while it did so. Physical books kill trees.

And don’t even get me started on the rash of faux-vintage products and apps that are flooding the shelves of boutiques in all the right neighborhoods around the globe. An obsession grasping for authenticity and nostalgia for a past that is somehow more real than the digital present renders an iPhone dock shaped like a rotary telephone and 75 percent of Instagram filters null and void.

Speaking of nostalgia (and speaking to the under-30 leading edge of this annoying trend), it’s not possible to be nostalgic for something you never experienced the first time around. If you don’t know firsthand the misery audio cassettes getting eaten by your boom box or your floppy disks or the heartache of a love letter lost by the postman, then you’re just being different for the sake of it and the quickest way is to dig through humanity’s landfill. Forget about applying creativity toward something new, just backdate your conformity.

As for those of us with a legitimate claim to the tech of the 70s and 80s that’s so ascendant, I acknowledge the comfort of a nostalgic haze, but I ask: do you really want to trade your phone in for a Sports Walkman and a landline? Really?

I’m not the nostalgia police, but I am telling low-tech-loving hipsters everywhere to stop waxing their mustaches for a moment and think. It shouldn’t be difficult to look like you’re not trying. Why make life harder? Just because something is old or outdated does not mean it is cool (see Nazism, medieval medicine and outdoor toilets). Embrace new technology, forget the analog age, let antiquated tech die a dignified death, and focus on the horizon. With some proper damned sunglasses please.

A $600 Chromebook? Here’s why it’s a good deal
The best tablets for 2022: Which should you buy?
The most common Zoom problems and how to fix them
How to join a Zoom meeting
How to change the login picture on a Mac
What are mouse jigglers?
Lenovo Slim 9i vs. Apple MacBook Pro 14
The best desktop computers for 2022: Dell, HP, Apple, and more
Here’s how to delete your YouTube account in just a few easy steps
How to create a new team in Microsoft Teams
Best Microsoft Office deals for October 2022
Best cheap printer deals for October 2022
Best laser printer deals: Save on Brother and Canon today