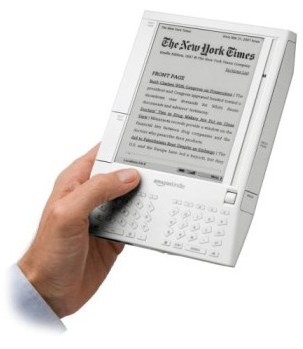 Amazon said the month of December has been the highest selling month for the popular Kindle e-reader, but the company still hasn’t released specific sales numbers.

Amazon has never publicly released sales figures, and announced it will begin to ship the Kindle with free expedited shipping to consumers interested in purchasing a unit prior to Christmas.

It seems odd for the company to continually issue press statements that its e-reader has broken some type of sales records, but won’t disclose specific numbers or confirm sales numbers compiled by analysts.

Even without exact sales figures, Amazon’s competitors know there is much work to be done. “We obviously fell behind Amazon,” Sony CEO Howard Stringer noted during a recent press conference. “But it’s a long war, a long race.”

Sony is attempting to create partnerships with book publishers and other content providers, but analysts are unsure if that will have any long-term impact as the company continues to struggle against Amazon.

When the Kindle first launched — becoming the first high-profile e-reader that consumers were interested in — Amazon had a difficult time meeting demand, but that has changed. Sony has found trouble trying to bring in new consumers, while Barnes & Noble, which recently launched its Nook e-reader, is having trouble meeting demand.

E-readers are expected to become even more popular in 2010, with Borders announcing it will finally begin providing e-books. Furthermore, Creative, Intel, Plastic Logic, LG, and other companies have announced or launched e-readers, and analysts expect additional announcements during CES in January.

Amazon’s Kindle Oasis is the lightest and most luxurious ebook reader yet
Muggle tech: this Harry Potter fan built a Weasley family-style clock with a Kindle Fire
92 percent of students prefer physical books to e-readers
The Amazon Echo will now narrate your books for you with Alexa
Three things the Microsoft Surface Duo 2 needs to succeed
Why are so few people actually using 5G in the U.S.? Here’s what the experts say
5G-enabled billboard in Times Square briefly brings interactive game to masses
Sustainable with Google 2021: Nest Renew, traffic light efficiency, and more
The 20 most outrageous and fantastic James Bond gadgets of all time
AirPods 3 could finally debut at Apple’s Unleashed event on October 18
Scientists think the next big solar storm could create an ‘internet apocalypse’
Need a last-minute Halloween costume? Check out these 3D-printable getups
Siduri Wines blends wine and tech in the ultimate sweepstakes experience