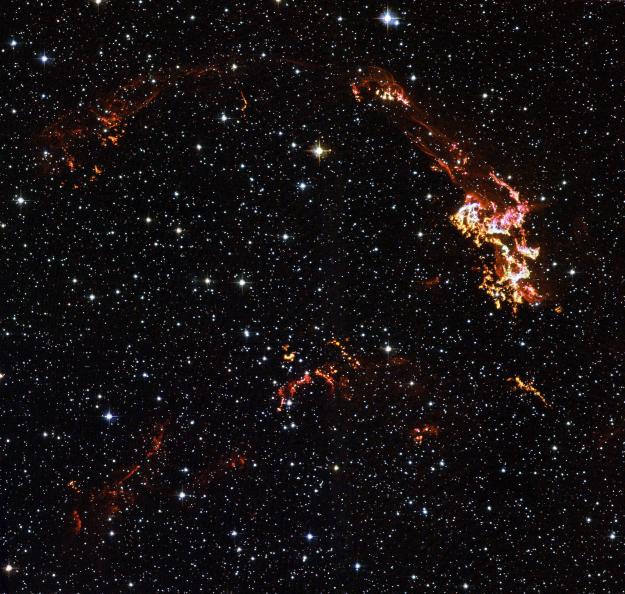 In what is starting to look like the beginnings of a trend, casual gamers have helped scientists make significant discoveries through a specially designed game for the second time this month. Using a small portion of the massive amounts of data collected by NASA’s Kepler Space Telescope, people playing the browser-based game Planet Hunters have helped to identify two new planets in the Cygnus Constellation.

Earlier this months a different type of game called FoldIt helped researchers solve a decade old chemical structure puzzle, thanks to the efforts of thousands of gamers around the world that were presented with an enzyme as part of a puzzle game. Within ten days the combined efforts of the gamers resulted in deciphering the enzyme which could help AIDS researchers find a cure.

While perhaps not quite as groundbreaking, the recently released report for Planet Hunters shows that using average citizens to help with complex tasks—when presented in an entertaining fashion—can lead to some incredible results.

Where FoldIt was essentially a puzzle game that gave scores and even had leaderboards for properly aligning enzymes in their most energy efficient manner, Planet Hunters is a bit more observational in nature. The game takes sections of data from NASA’s Kepler telescope, then asks users to look for light anomalies, which could lead to the discovery of a planet.

The Kepler telescope has currently collected light emission data on over 150,000 stars. The telescope measures the light output of these stars every 30 seconds in the hopes that it will see a slight dimming, which could denote that a planet is crossing the sun’s surface and blocking a small portion of the light output. The bigger the planet, the bigger the dimming effect. Computers can help compile the data, but are not able to differentiate the transit events anymore than a computer could identify a particular face from a picture of crowded football stadium. It is meticulous work that needs to be done by a person.

The sheer amount of data researchers have to go through is overwhelming, and that’s where Planet Hunters comes in. People are asked to sift through fields of stars that have been tracked for a 30+ day period. Players then look for “transit events,” which is the brief dimming in the star that happens when a planet passes in front of it. The further a planet is from the star, the longer it will be before it crosses and therefore becomes more difficult to find, while the planets closet to their stars are relatively easier to detect. Players are tasked with identifying these light dips.

While not quite as enthralling as FoldIt’s puzzle format, Planet Hunter has registered over 40,000 members since it went live in 2009. In 4 million games the players have discovered 69 possible planets, the first two of which have just passed NASA’s scrutiny. NASA researchers will continue to sift through the data submitted and announce any more results. As for the people that discovered the two planets, I09 reports that they will officially acknowledged by the Royal Astronomical Society.

The game is funded by the zooniverse.org, a scientific community website that presents projects like Planet Hunters in order to help professionals sort through data in fun ways.

“The involvement of citizen scientists as part of Planet Hunters is therefore shown to be a valuable and reliable tool in exoplanet detection,” the report confirmed.

Discovery of 139 new minor planets in our solar system may help find Planet Nine
Two new telescopes join the search for extraterrestrial intelligence
This Google robot taught itself to walk, with no help whatsoever, in two hours
Astronomers want your help to identify thousands of black holes
Three things the Microsoft Surface Duo 2 needs to succeed
Why are so few people actually using 5G in the U.S.? Here’s what the experts say
5G-enabled billboard in Times Square briefly brings interactive game to masses
Sustainable with Google 2021: Nest Renew, traffic light efficiency, and more
The 20 most outrageous and fantastic James Bond gadgets of all time
AirPods 3 could finally debut at Apple’s Unleashed event on October 18
Scientists think the next big solar storm could create an ‘internet apocalypse’
Need a last-minute Halloween costume? Check out these 3D-printable getups
Siduri Wines blends wine and tech in the ultimate sweepstakes experience