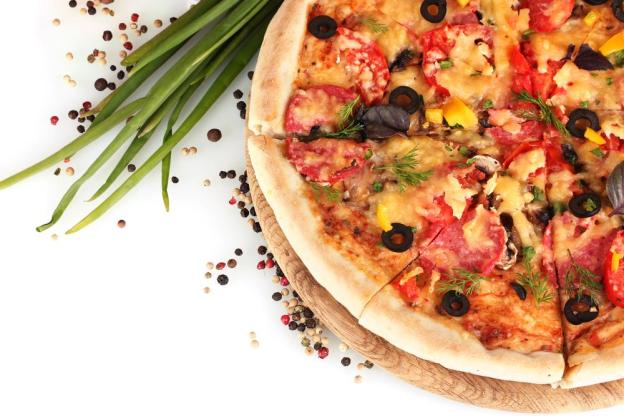 If you’d told someone in 1922 that in 50 years time a guy in a space suit would be dancing across the surface of the moon singing, “I was strolling on the moon one day, in the merry merry month of December May,” that person would more than likely have suggested you were a pop-up mechanism short of a fully functioning toaster. But it happened.

So when I tell you that at some point down the road an astronaut may be laying out a blanket and a variety of picnic utensils on the surface of Mars before settling down to enjoy a pizza he printed on his spacecraft, kindly pause for a moment. For it’s on the cards. Really.

You see, under its Small Business Innovation Research program, NASA has just awarded mechanical engineer Anjan Contractor a grant worth $125,000 to help him create a 3D printer for food. Contractor, head of Texas-based Systems & Materials Research Corporation, grabbed NASA’s attention last year with his chocolate printer, which combines powdered food products with water before laying it out on a cookie.

In the next six months, he aims to make significant progress building a food synthesizer that could be fitted aboard a spacecraft and used to print out meals to feed astronauts on unspeakably long space missions, such as to Mars. The printer would work to combine various food-based powders with water and oil.

“Long distance space travel requires 15-plus years of shelf life,” Contractor told news site Quartz in an interview this week. “The way we are working on it is, all the carbs, proteins and macro and micro nutrients are in powder form. We take moisture out, and in that form it will last maybe 30 years.”

As Quartz points out in its report, “pizza is an obvious candidate for 3D printing because it can be printed in distinct layers, so it only requires the print head to extrude one substance at a time.”

According to Contractor, the food is baked as it’s printed by way of a heated plate upon which the food lands. For a pizza, once the dough and tomato base are both down, the printer will add an all-important “protein layer”.

So there you have it – pizza on Mars via a 3D printer is certainly a possibility, though it might not be quite as tasty as a custom-made effort laden with a ton of pepperoni, Italian sausage, red onions, green peppers and enough cheese to fill a black hole.

Inside the quest to 3D print a perfectly palatable steak

Father’s Day Gift Idea: These cheap 3D printers are on sale for less than $300