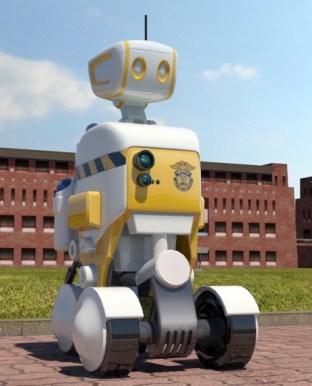 Guards in a South Korean prison will soon be introduced to some new colleagues – 150cm-tall robots on wheels.

In the latest example demonstrating the country’s interest in robotic technology, the robots will be put to work in a prison in the city of Pohang, located southeast of the capital Seoul, from March next year. If the month-long trial is successful, more prison guards may be turning up to work alongside robots in the near future.

A group of scientists, who developed the robots in cooperation with the country’s justice ministry, spent a billion won ($850,000) developing the robotic prison guard, which is supposed to enable its human counterparts to concentrate more on rehabilitation work with offenders.

The robots, which will be used mainly at night, will patrol the prison on the lookout for suspicious behavior among prisoners. Sensors on the robot will be able to study conditions in the cells and report back to the officer in charge – presumably a human one.

Speaking to the Wall Street Journal about the robotic guards, project leader Professor Lee Baik-chul of Kyonggi University said, “Unlike CCTV that just monitors cells through screens, the robots are programmed to analyze various activities of those in prison and identify abnormal behavior.”

Lee said that prison officers are happy about the plan to bring in robots as it should help reduce their workload on the night shift.

Inmates, on the other hand, were more cautious about the idea and asked for reassurance about their role. Presumably they were worried the robots might be heavy-handed brutes, equipped with an array of weapons able to be deployed at a moment’s notice.

“That’s a concern,” Lee said. “But the robots are not terminators. Their job is not cracking down on violent prisoners. They are helpers. When an inmate is in a life-threatening situation or seriously ill, he or she can reach out for help quickly.”

In fact, according to Lee, his team are currently finishing off building the robots, taking special care to make them look “humane and friendly.”

And it’s not just Korean prisons where robots have been put to work. Late last year, schools in the country began testing out teacher-bots in classrooms. The rotund robots, which cost more than $1.3 million to develop, were designed to teach English to students.

Roving surveillance bots are coming to our cities. Luckily, they’re here to help

NFTs have a climate problem, and the solution isn’t coming fast enough

This tech was science fiction 20 years ago. Now it’s reality

World’s Fair 2.0: The mission to resurrect the greatest tech expo of all time