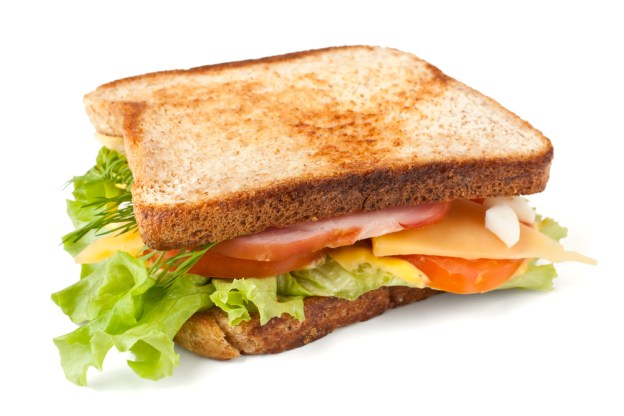 Robots are often used to great effect these days thanks to incredibly advanced technology giving them the ability to get to places too confined or too dangerous for humans. But did you know that they can also make sandwiches?

It’s true – engineers at the Intelligent Autonomous Systems Group from the Technical University of Munich (TUM) have come up with a pair of robots called Rosie and James that are capable of making salami sandwiches as well as a variety of other light snacks such as popcorn and pancakes.

Rosie is described as having a “very high degree of cognition” which essentially means she can understand her surroundings and behave accordingly without receiving instructions from external sources, such as a human with a remote control device.

The two kitchen-based robots are different in design – Rosie incorporates a built-in camera and two four-fingered hands (on the end of unfeasibly long arms) capable of manipulating sandwich-related items such as slices of bread and salami. She can also knock you up a hot beverage if you so desire.

James is more mobile than Rosie, using his Kinect 3D camera sensor, forearm-based cameras and a pair of scanners to navigate his surroundings. Watching the video (check it out below), it’s clear that James is actually pretty good at transporting items around the kitchen. In fact, he almost looks as if he’s enjoying himself.

The robots’ creators say on their website that the point of their research is to create a system with a high degree of cognition and also to envision a system “that can intelligently perceive environments, reason about them, autonomously infer best plausible actions and in the end, also successfully execute them.”

Truth be told, while James seemed to do quite well making popcorn, Rosie was rather slow in preparing the sandwich – she couldn’t even get the bread in the toaster on the first attempt. It’s safe to say that employees of sandwich shops need not worry just yet.