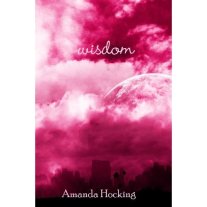 Common knowledge says that, in order for an author to be successful, he or she needs a major book deal from a big-time publisher. But if the story of 26-year-old novelist Amanda Hocking is any indication, that could all be changing with the modern magic of e-books and self-publishing.

Hocking is the best-selling “indie” novelist on the Kindle store, reports Novelr, with around 100,000 copies of her 10 e-books selling each month. Unlike traditional book deals, however, Hocking keeps a whopping 70 percent of revenue earned from her books, which sell for $0.99 to $2.99 apiece. (Amazon keeps the other 30 percent.)

If you do the math, this means Hocking is earning somewhere in the neighborhood of $2 million per year — a staggering amount. In fact, according to Novelr, “there is no traditional publisher in the world right now that can offer Amanda Hocking terms that are better than what she’s currently getting, right now on the Kindle store, all on her own.”

The theory goes: If one author can earn major cash without the help of a traditional publisher, then it’s possible for others to do so. (As Business Insider points out, other authors, like J.A. Konrath, have done well selling e-books, but it was previously assumed that this was because those authors had already made a name for themselves through their old-timey printed works.) And if others can do so, then it changes the entire landscape of the book publishing world.

So what kind of books does Hocking write to have gained such an avid following? “Young adult urban fantasy and paranormal romance,” according to her Amazon biography. And by that she means books about vampires and zombies, with “a hint of romance.” That might sound a bit too much like Twilight for some of you. But something tells us Amanda Hocking isn’t too worried about that.