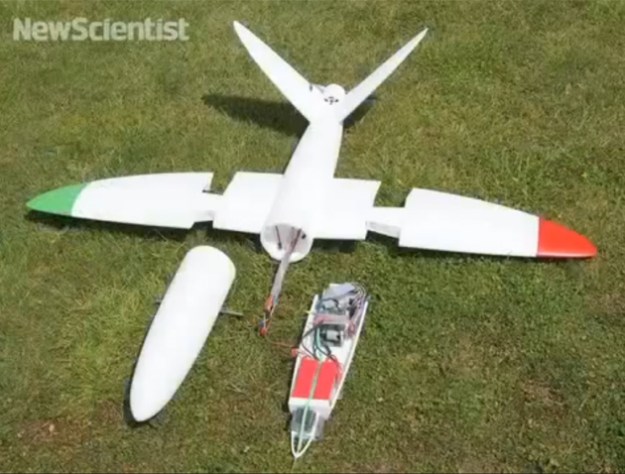 The news from the world of 3D printing just gets cooler by the week. Andy Keane and Jim Scanlan of the University of Southampton have designed and printed a model, flying plane. Yes, printed. We are still in the phase where that verb should inspire awe when noting it can produce more than a book report. They’ve named this version “Sulsa” (Southampton University Laster Sintered Aircraft).

The team first laid out the designs of their prototype on a computer and then instructed the printer to create the plane in layers 100 micrometers thick. Powders of plastic, steel or titanium are spread in a two dimensional arrangement of the needed layer and then a laser’s heat then fuses that layer with the previous. Think about building a sandcastle by sprinkling a layer in circle, then sprinkling another on top and patting the two together, and repeating until you have a full structure.

The plane they ultimately built had a wingspan of 1.5 meters and cost about £5,000 (about $8,100) to produce. It also was built with an electric motor which obviated the need for fuel. The design took about two days and the printing only took five. During its short flight, it was able to reach speeds up to 100 mph.

When one thinks about those kinds of statistics and that this is the first of its kind, you can’t help but see a very different future for human-assisted manufacturing.

Check the video for the first flight and more insight on assembly.

Here’s what a trend-analyzing A.I. thinks will be the next big thing in tech