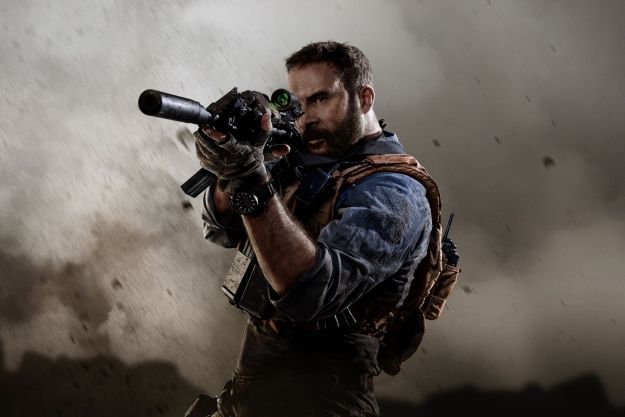 2016’s Call of Duty: Infinite Warfare is the most recent game from developer Infinity Ward, and it’s profoundly disappointing for one key reason. The shooting is just ok. Weapon recoil is too high, kills come too quickly, and yet weapons still feel weak. It’s the worst of all worlds.

During my time in the PS4-exclusive open beta test, I came away impressed with the work Infinity Ward has done to reclaim its crown as the premier competitive multiplayer studio. With Call of Duty: Modern Warfare, the studio is taking player criticism to heart. It has the most impressive first-person shooting this side of Titanfall 2. However, I’m concerned that predatory microtransactions could sully the experience.

Running through September 16 on PS4, and initially available only to pre-order customers, the Call of Duty: Modern Warfare beta offers a slice of the competitive multiplayer experience, including classic modes like Team Deathmatch and Domination.

These vary from smaller games with four players on each team to larger games with 10, and the size of the available maps means that you are likely to run into an enemy almost immediately after spawning in.

That’s classic Call of Duty, and it lends itself well to intense and nerve-racking situations. Around nearly any corner, an enemy can be waiting with a weapon that only takes a few hits to kill you, and they can also plant claymore mines behind closed doors, giving you a nice surprise when you decide to open them.

All of the special abilities and wacky science-fiction elements in the world couldn’t have saved Infinite Warfare when its shooting felt so sloppy, and Call of Duty: Modern Warfare does not fall victim to the same problem.

Aim your M4 at an enemy from medium range and you can consistently hit them in the chest, while light machine guns cut through groups of enemies like they’re made of paper.

Sniping feels superb as well, with one shot from the sniper rifle taking down a target at almost any range. Pistols, on the other hand, require a little bit more luck to get a kill, so keeping track of ammunition for your primary weapon is essential if you don’t want to get caught missing shot after shot with one.

Perks I’ve seen from previous Modern Warfare games such as Hardline make a return in the 2019 Modern Warfare, but Infinity Ward has kept the kill-streaks system instead of using the score-streaks I’ve seen in some recent Call of Duty games.

Players who play the objective and assist their teammates will not be able to get a UAV or cruise missile as quickly as players who focus solely on kills. It seems like a small change, but I often saw players ignoring the objective entirely in favor of racking up headshots. Especially when playing modes with smaller player-counts, such as Domination, it can be quite frustrating.

I only encountered one hiccup during our time in the beta, with no disconnections or lag issues occurring otherwise. When I aimed at an enemy and pulled the trigger, the bullet hit them, and our own deaths felt fair. I also had a chance to mess around with custom weapon loadouts. Modern Warfare uses a straightforward progression system to unlock new attachments, and it was easy to choose an ideal setup.

Down this road before

That said, I’m concerned about what form Call of Duty: Modern Warfare could take in the future. A page using the word “lootbox” appears in the beta. While the system isn’t being used at the moment, it could mean your favorite skins or alternate costumes are locked behind a gambling mechanic.

Studio Treyarch was reportedly frustrated with the degree to which microtransactions made their way into Black Ops 4. Infinity Ward has asked players to be patient, saying the team will share more as Modern Warfare gets closer to launch. Otherwise, Modern Warfare does feel like a modern re-imagining of games like Call of Duty 4, the title that launched the franchise into absolute stardom — and that game did not have loot boxes.

The Call of Duty: Modern Warfare beta is brilliant.

When you’re always wondering just how a publisher is going to ask you for money next, it can make the entire game experience less enjoyable. This remains true even if you never spend a dime past the initial entry price.

What I’ve played of the Call of Duty: Modern Warfare beta is brilliant. A far cry from the bloated nonsense of Infinite Warfare, it has the best gunplay and level design I’ve seen from Infinity Ward in years. That said, I hope their hard work doesn’t go to waste over the inclusion of predatory microtransactions. I’ll just have to wait until the game launches on October 25 for PS4, Xbox One, and PC to find out. When it does, I hope it gives us the return to classic Call of Duty that players deserve.

Warzone 2.0: Gulag tips and tricks
The best Call of Duty: Warzone 2.0 weapons for Season 1
How to get your loadout in Call of Duty: Warzone 2.0
Warzone 2.0 DMZ tips and tricks: How to play COD’s newest game mode
Summer Game Fest returns just before E3 2023 next June
How to exfil in Call of Duty: Warzone 2.0 DMZ
Blaseball makes its absurd return in January with a dedicated mobile app
Amnesia: The Bunker takes survival horror into a ‘semi-open-world’ sandbox
Pokémon Scarlet and Violet Titans guide: locations, weaknesses, and more
All cross-platform games (PS5, Xbox Series X, PS4, Xbox One, Switch, PC)
The best weapons in Modern Warfare 2: every gun ranked
Pokémon Scarlet and Violet: How to beat the Elite Four
The best Intel processors for 2022