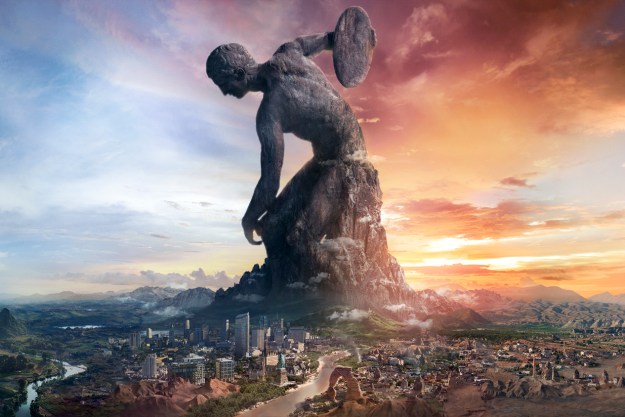 “‘Civilization VI: Rise & Fall’ is a solid, but safe expansion of the base game.”

There’s always been a fundamental tension at the heart of Sid Meier’s Civilization games: should the games tell a story? Or should mechanics come first? On the one hand, each game of Civilization creates a dynamic reimagining of world history, which remixes familiar historical places and faces from our global saga into a new narrative — Shaka Zulu can conquer France and build the Statue of Liberty in Lyon. Civilization is also a rules-heavy beast of a strategy game, with numbers to crunch and a single winner. It has become increasingly difficult to reconcile these two experiential goals: Being both strategically interesting and narratively coherent the longer a game goes on, has left the series with famously uneven mid-to-late games.

With dependably solid opening acts, the project of each major Civ expansion, then, has historically revolved around established a more refined set of goals, and giving the player something to do besides click “next turn” for hundreds of years. Gods & Kings and Brave New World did this for Civ V by adding espionage, religion, trade, and the World Congress. Barring that last one, Civ VI launched with all of those features, leaving its first expansion with a more nebulous brief.

Rise & Fall fills out Civilization VI with a subtler suite of new systems that do a lot to smooth out the game and provide more interesting decisions throughout, but don’t add a lot to the overall story.

Rise & Fall’s most important addition is that it breaks up your overall progress through history into “world eras,” which correspond with the individual civ eras (Ancient, Classical, Medieval, etc.), but holistically for all of humanity.

Performing various actions in game nets you “Era Score” points, which are tallied at the end of each world era to determine whether your civ will spend the next one in a Dark, Normal, Golden, or Heroic Age (being a more powerful Golden Age coming out of a Dark Age), granting a selection of Dedication bonuses to help you define the coming epoch.

As the expansion’s name suggests, Ages are meant to capture the ebb and flow of cultures, bringing their periods of particular glory or struggle into sharp relief. Civs already naturally tend to peak at different points in the game, depending on when their unique abilities and units come to bear, so this formalizes it.

Ages are meant to capture the ebb and flow of cultures, bringing their periods of particular glory or struggle into sharp relief.

The system also helps push players to set structured goals between individual tasks like building a wonder and overall victory conditions. The infamous “just one more turn” spell of Civ is rooted in the game’s layering of short- and long-term goals. Just a few more turns until the Pyramids are built, but by the time that happens you’re nearly ready go clear that nearby barbarian camp, then you’re just a few turns away from unlocking a new government, and suddenly it’s 3 a.m. Ages mitigate the possibility of decision-making dry-spells throughout the game by ensuring you have mid-term goals to think about at all times.

In edge-cases, this can lead to new ways to think about your strategy, such as intentionally tanking an era to earn a Dark Age as Tamar of Georgia to fully take advantage of her powerful Dedication Bonuses when you bounce back and earn a Heroic Age, which confers more bonuses. In general, however, ages feel more like of a quality-of-life improvement than a new twist. It creates new ways to leverage and think about things that you were already doing, but the system doesn’t really add anything in-and-of itself.

Many of the smaller new wrinkles in Rise and Fall, such as late-game “emergencies,” similarly address structural gameplay issues without really enhancing the fiction. When a player does one of a handful of powerful actions such as use a nuclear weapon, convert an enemy holy city, or conquer a city-state, the rest of the world is given a chance to unite together against them. Those that agree to the pact have a limited time to perform a goal (such as liberate the captured city-state) and earn a permanent bonus, at the risk of it backfiring and making their opponent that triggered the Emergency even stronger if they fail.

The long and open-ended nature of Civ VI makes it possible to snowball an early advantage into an unassailably strong position in the late game. Emergencies theoretically provide a little drag against runaway wins, without any obvious rubber-banding. In practice their triggers are very circumstantial, and they really only end up encouraging other players to do what they should already and unite to stop a clear leader. The risk and reward that Emergencies present are just a bit too subtle, and don’t really live up to their dramatic intent.

After Ages, governors are the most game-shaping addition of Rise & Fall. Unlocked and upgraded with Governor Titles associated with different civic policies throughout the game, governors add an element of ongoing worker placement to your city management. Each governor has unique abilities that can be further specialized over the course of the game. Pingala the Educator, for instance, can help build theater or campus buildings faster, while Victor the Castellan shores up your defenses. You can shuffle these around between cities at will, though they take several turns to become established, giving the decision a bit more weight.

Like Districts, the specialized city tiles introduced in VI that spread your cities across the map into discrete parts, governors offer players another way to differentiate cities and make each one functionally unique within their empire. While districts are permanent, governors can be shuffled around to meet your evolving needs, like bringing Victor, a wartime governor, over to support a new front, or sending Pingala, a science and culture governor, to your big production center once you’re ready to begin the space race. They are also vulnerable to tampering from spies, disabling them for a period of turns before you have to reassign them — using spies to protect our key governors and districts from sabotage preoccupied several of our mid-to-late game stretches.

Governors become especially important as your civilization grows, as they are keystones for a new mechanic called Loyalty, which replaces the long-running happiness system. Cities now have a Loyalty meter effected by things like their overall happiness, the quality of your Age, proximity to your other citizens, and the presence of a governor. When Loyalty drops too low a city can rebel and go independent (with its borders and units turning red like barbarians). Free cities are susceptible to swapping their Loyalty to nearby civs exerting enough pressure by virtue of their proximity.

Cities rebelling due to a growing disconnect from the mainland is a wonderfully flavorful mechanic..

The switch to loyalty didn’t really impact our ability to grow our civilizations in play, but the system makes settling cities on foreign continents a much trickier proposition. New cities that are too far away from the reassuring embrace of the motherland are insecure, and their Loyalty will quickly zero out if you don’t install a governor. Capturing and holding enemy cities also poses a much trickier proposition, especially if they are not on a shared border.

Cities rebelling because of a growing disconnect from the mainland is a wonderfully flavorful mechanic, and is easily the juiciest addition in Rise & Fall. In general, loyalty keeps borders dynamic in the late game, particularly without combat, and is a solid mechanical addition.

In practice, though, it often didn’t quite create the interesting new scenarios we hoped it would. In one of our games, Germany settled the small city of Hamburg on the far side of our continent. Unable to retain its Loyalty, the Hamburg went independent, forcing Germany to send troops up to get them back in line. Germany could never do so for long, however, leaving Hamburg ultimately as a sad, angry little city-state.

The start of that exchange could be the story of the American Revolution, and fans have long asked for a mechanic that allowed for splintering player nations, to better mirror the budding and inconsistent growth of real nations. Unfortunately, that story can’t quite pan out under the current mechanics, as independent cities can’t acquire any agency or unique character if left to their own devices.

Taken purely on its own terms, Civilization VI: Rise & Fall successfully extends the base game with a heretofore unseen level of overarching structure and new systems that elegantly dovetail into the existing game and fill it out with more consistent decisions throughout. We can’t help but feel a little underwhelmed overall, though, given that many of the series’ past expansions forced players to completely rethink how they play.

Gods & Kings and Brave New World added whole new ways to play Civ V. Rise & Fall undeniably improves Civ VI as a game, but far more subtly. Running with the board game-derived elegance of V’s overhaul to the rules, VI perhaps cements Civ’s role as a game first and a historical simulation second. These are iterative changes focused around balance. With Paradox’s stable of grand strategy games like Europa Universalis IV and Crusader Kings II leaning into elaborate alternate history, Civ is left to be an impossibly elaborate board game. Rise & Fall is an admirable evolution in that direction, but we worry if the messier part of its character is being lost along the way.

No. While the complete version of Civilization V, including Brave New World and Gods & Kings, offers much of the same fundamental experience as VI at a fraction of the price, Rise & Fall does introduce some unique new elements to the series.

Like all Firaxis expansions, Rise & Fall’s additions is pervasive and greatly extends the base game’s lifespan, particularly as a platform for modding. You will encounter its content early and often in any game, instantly refreshing the Civ VI experience for another several years at least.

If you’re looking for more Civ VI, Rise & Fall is an inarguably solid expansion of the base game’s content, but its additions might not be enough to bring over Civ V holdouts or new players.

Topics
Fall Guys tips and tricks: How to reach the finish line
Ubisoft and more offer ways to play purchased Google Stadia games elsewhere
New Tales from the Borderlands unveiled, launching in October
Sonic the Hedgehog turns Fall Guys into Bean Hill Zone for new event
How to cheat in Words With Friends
Shoulders of Giants brings mascot-era nostalgia to the roguelite genre
The best PSVR games for 2023
Like a Dragon: Ishin’s Trooper Cards are full of cameos, including Rahul Kohli
How to romance characters in Fire Emblem Engage
How to eliminate enemies with no ranged weapons in Fortnite
Fire Emblem Engage gift guide: every character’s favorite gifts
Call of Duty: Warzone 2.0 Season 2 will finally fix its looting system
The best capture cards for 2023: Xbox, PlayStation, and PC