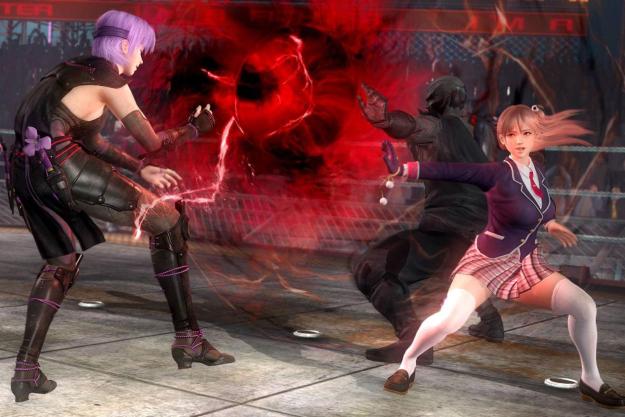 “Dead or Alive 5: Last Round amounts to the definitive version of a game released back in 2012, which is both a good and a bad thing.”

Dead or Alive 5: Last Round is the third and ostensibly final iteration of Dead or Alive 5, originally released in 2012. Team Ninja’s fighter has seen multiple tweaks, character additions, and a bevy of costumes since then, but the ebb and flow of combat remains largely unchanged. And while it’s true that, essentially being a re-release, Last Round doesn’t exactly need to reinvent anything, it’s nonetheless disappointing how dated the game can feel, and how out-of-order its priorities appear.

Case in point: Its characters.

Dead or Alive has always been known for its ludicrously-proportioned and sexualized female cast, but Dead or Alive 5: Last Round is the series at its most blatant, most in-your-face. There’s a new engine running that is dedicated to making skin appear softer and move more realistically, and I don’t think I need to point out which pieces of skin we’re talking about here.

Whether that’s good, bad, or inconsequential to you depends on how comfortable you are with watching things like a 4-foot 10-inch, 89-pound girl who looks no older than 14 fight with her buttcheeks hanging out or a lose animation where a character drops to her knees in straddle position, her ample chest heaving as she lightly moans and pants with heavy breath.

Dead or Alive 5: Last Round is the series at its most blatant, most in-your-face.

Yeesh, I’d better stop that paragraph right there before Hollywood adapts it into a multi-million dollar Valentine’s Day movie. The point is, there’s a certain crowd that Dead or Alive courts, and it isn’t always the type you introduce to your family and friends.

Things aren’t all style and no substance, however. Last Round is accessible to newbies thanks to its smooth flow of combat while simultaneously enticing to fighting game veterans thanks to being the most technical, least-forgiving of the series. Sure, you can button mash your way through some of the easier AI difficulty levels, but only those who take the time to practice and learn a character’s moveset and rhythm get to unlock their full potential. Combo Bursts and Power Blows, in addition to the series’ trademark countering system and multi-tiered stages, give fights another layer of strategy and keep matches from becoming too one-sided.

Fights are also just as enjoyable as ever to watch. The fast-paced back-and-forth between ninjas, pro wrestlers, assassins, schoolgirls, and leather-clad Amazonian dominatrixes is highly entertaining thanks to the fluid rock-paper-scissors style combat, where strikes beat throws, throws beat counters, and counters beat strikes. Characters are obscenely pretty, and even when they get covered in sweat and grime, still impress in the visuals department. Levels too are full of personality; my personal favorite being the rooftop fight that can send an opponent swan-diving straight into an exploding semi-truck hundreds of feet below.

The rub is that Combo Bursts, Power Blows, silky smooth combat, and absurd level transitions are all things that could have been said about the original Dead or Alive 5, back in 2012. Last Round adds a lot of frills in the form of costumes and aesthetic changes, but otherwise remains largely the same game. Even the most significant additions, characters Raidou and Honoka, borrow many of their moves from existing fighters. The result is a game that feels stretched to its limits and lacking in new ideas and content.

Last Round marks the DOA series’ first expansion onto current-gen consoles; both a blessing and a curse. On one hand, the graphical updates are noticeable, and the lack of competition on PlayStation 4 and Xbox One gives Team Ninja a big chance to win over new fans. On the other, I experienced seven hard crashes over the course of four days, four of which happened within the span of an hour. I played on Xbox One, but have heard similar complaints from those playing on PS4. I also found myself turning online services off, as it would occasionally cause a small, one-frame hiccup while the game automatically searched for an online opponent – not a game-breaking experience, but annoying and frequent enough to note.

It’s particularly frustrating to see Last Round struggle in terms of raw performance when it has no problem marketing its DLC.

It’s particularly frustrating to see Last Round struggle in terms of raw performance when it has no problem marketing its downloadable content via an advertisement almost as big as the game’s main menu. And while content purchased for Dead or Alive 5 Ultimate transfers to Last Round, that doesn’t make it any less wallet-destroyingly insane that in order to own the complete Dead or Alive 5: Last Round experience, you’re spending upward of $200 on it ($40 for the game, $93 for the “DOA5LR Ultimate Content Set” with 237 costumes, plus another $93 for the season pass to snag another 79). Presented as is, it’s hard not to feel like Last Round is more concerned with selling costumes than iterating on its aging gameplay or making sure of technical soundness.

Dead or Alive 5: Last Round may be the “definitive” version of the game when it comes to tweaks and balances, but it is most definitively not a complete package when it comes to content. The core gameplay is more solid than it’s ever been, but it’s surrounded by questionable aesthetic choices, a pitifully low bang to buck ratio, and aggressive marketing of paid content for a game that can’t be relied on to run properly.

This game was reviewed on an Xbox One using a code provided by Koei Tecmo.

Dead By Daylight celebrates its birthday with a dating sim

Everything we know about the Dead Space Remake

Best PlayStation deals for May 2022